The table below shows the countries of East Asia and the number of study permits approved for students from each country in 2019:

China, South Korea, and Japan stand out as the three largest suppliers of international students to Canada in East Asia. Each was among the top 10 source countries worldwide in 2019.

China is the world leader in sending students abroad and an extremely mature source market for Canadian schools. From 2001 to 2017, there were more Chinese nationals studying in Canada than students from any other country.

India has since passed China to become Canada’s number one source market, and the number of Chinese students in Canada fell in 2019 for the first time since 2006. Despite this, China remains a critical source of students to Canada. 11.4% of all study permit applications approved by the Canadian government in 2019 came from Chinese nationals.

Applications from China declined in all four years except 2017, which saw a 2.5% increase. The 2017 bump aligned with a contraction in the US market and may have reflected an initial shift in student interest from the US to Canada following the election of US President Trump. Canada’s gains were largely erased by a 7.2% drop in applications in 2018. A more modest decline of 2.4% followed in 2019.

What’s caused the decline in Chinese student interest in Canada? I suspect China’s strong economic growth over the past few years has encouraged students who would otherwise study abroad to stay at home.

The Chinese government has also made a concerted push to keep students in-country in recent years, and I expect this to accelerate post-pandemic. Canada faces stiff competition for Chinese students from the UK, as well, where Chinese enrollment grew 34% between the 2014-15 and 2018-19 academic years.

What are Chinese students studying in Canada? Let’s compare the distribution of study permit holders in 2015 and 2019 by study level:Canada’s secondary schools and universities have long been popular among Chinese students and their parents. These two sectors were the top sources of new Chinese students in 2019. 9,050 Chinese nationals were approved to study at Canadian high schools, while 10,018 were approved to study at Canadian universities. However, both sectors shrank over the previous four years. New secondary enrollment fell 19.6% from 2015 to 2019, while university numbers dropped 23.7%.4

Historically just a sliver of the Chinese market, the primary sector almost doubled in size between 2015 and 2019, from 919 to 1,803 students. This allowed the combined primary and secondary market to largely retain its market share, as the figure above shows. College enrollment fell by almost half (47.3%) over the same period and remained just a minor slice of the market.

The Other Studies sector, which includes language training and certain Quebec-based vocational programs, saw the most growth by far over the period. Study permit approvals for English as a Second Language (ESL) and French as a Second Language (FSL) programs increased almost 700%, growing from just 343 in 2015 to 2,639 in 2019.

South Korea has long been a top supplier of international students to Canada. In 2019, it was Canada’s fourth-largest source market, behind just India, China, and France.

The chart below shows the change in the South Korean market from 2015 to 2019:Canadian study permit applications from South Korea grew 8.7% between 2015 and 2019. It’s the sort of modest number we’d expect to see from such a mature market. But as the chart shows, the growth was not uniform over the period.

Like China, South Korea saw a spike in applications (14.6%) in 2017 that coincided with the larger contraction in the US market. But it’s worth noting that the number of South Korean students in the US had been in decline since 2009.5 The growth in Canadian study permit applications from South Korea slowed to 4.2% in 2018, and a 10.8% drop followed in 2019.

Study permit approvals followed an almost identical trajectory, with 9.0% net growth. Like China’s, South Korea’s approval rate remained remarkably stable throughout the period, hovering between 95% and 97%. The rate dropped 1.4% in 2019, much less than the average decline for all countries (6.3%).

South Korea had the second-highest study permit approval rate among major source markets in 2019, at 95.1%.

South Korea also saw strong growth in the secondary sector, which expanded 36.4% over the four years. Primary numbers increased just 4.6%. However, primary students continued to make up a notable percentage of South Korean students coming to Canada, at 16.1% in 2019. This was the largest proportion of primary students among all source markets with 500 or more approvals that year.

English language proficiency is low in South Korea, and language training programs have long been a major draw for South Korean students to Canada. However, in speaking with ApplyBoard’s recruitment partners in the country, I’ve heard that experience studying English abroad, historically seen as a strong addition to a young professional’s resume, no longer carries the weight it once did with employers.

We may be seeing this shift begin to play out in the Canadian study permit data. New ESL and FSL program enrollment among South Korean students fell 28.8% in 2019 after three years of modest growth. This led to a 10% drop in market share for the Other Studies sector between 2015 and 2019. The Other Studies sector had previously accounted for nearly half of all approvals.

Like its East Asian neighbours, Japan is a mature market and has been among the top suppliers of international students to Canada for many years. In 2019, it was Canada’s tenth-largest source market.

Study permit approvals tracked almost perfectly with applications from 2015 to 2018 as Japan’s approval rate hovered around 97.5%, a remarkable number that has long been the gold standard among source markets. Japan’s rate did slip slightly in 2019, to 96.6%, though this remained the highest rate among source countries. The end result was a slightly larger 19.1% drop in approvals on the year and a 3.9% net decline in approvals over the 2015 to 2019 period.

These numbers make up the bulk of the massive Other Studies sector for Japan, though as the figure above shows, the Other Studies market share actually decreased between 2015 and 2019. A 40.9% drop in private language academy enrollment in 2019 alone drove this shift.

The university and college sectors are minor players in the Japanese market, though they’re heading in opposite directions. College enrollment increased 28.2% over the four-year period, while university enrollment declined in all four years, for a total decline of 23.8%.

As the initial epicentre of the COVID-19 pandemic, China took early, aggressive steps to control the spread of the virus, including travel restrictions. This led to one of the largest drops in study permit application and approval volume among all source countries over the first seven months of 2020.6 In contrast, the numbers for South Korea and Japan declined by less than the all-countries average.

Because the Chinese, South Korean, and Japanese markets are so well established, I’m confident they’ll continue to be significant sources of students to Canada post-pandemic. However, I also think it’s likely their numbers will continue to decline as competition increases among the major English-language destination markets. With the UK losing easy access to EU students due to Brexit, and the election of president Biden primed to launch a resurgence in interest in the US as a study abroad destination, Canadian schools will have to work hard to continue to bring in students from these markets.

Schools know all too well that mature markets mean competitive markets. It can be particularly challenging for smaller schools, or schools without an established presence in these markets, to capture market share in countries like China, South Korea, and Japan. In an upcoming ApplyInsights, I’ll talk about some of the strategies ApplyBoard has developed to help our partner schools penetrate some of these established markets. Stay tuned!

2. All application and approval numbers for new permits only. Data courtesy of Immigration, Refugees and Citizenship Canada (IRCC) unless otherwise noted.

3. Per the geographic regions published by the United Nations Statistics Division. I’ve omitted North Korea, which sent zero students to Canada in 2019 and just four from 2015 to 2018.

5. Per data from the Institute of International Education (IIE).

6. More recent data not yet available. 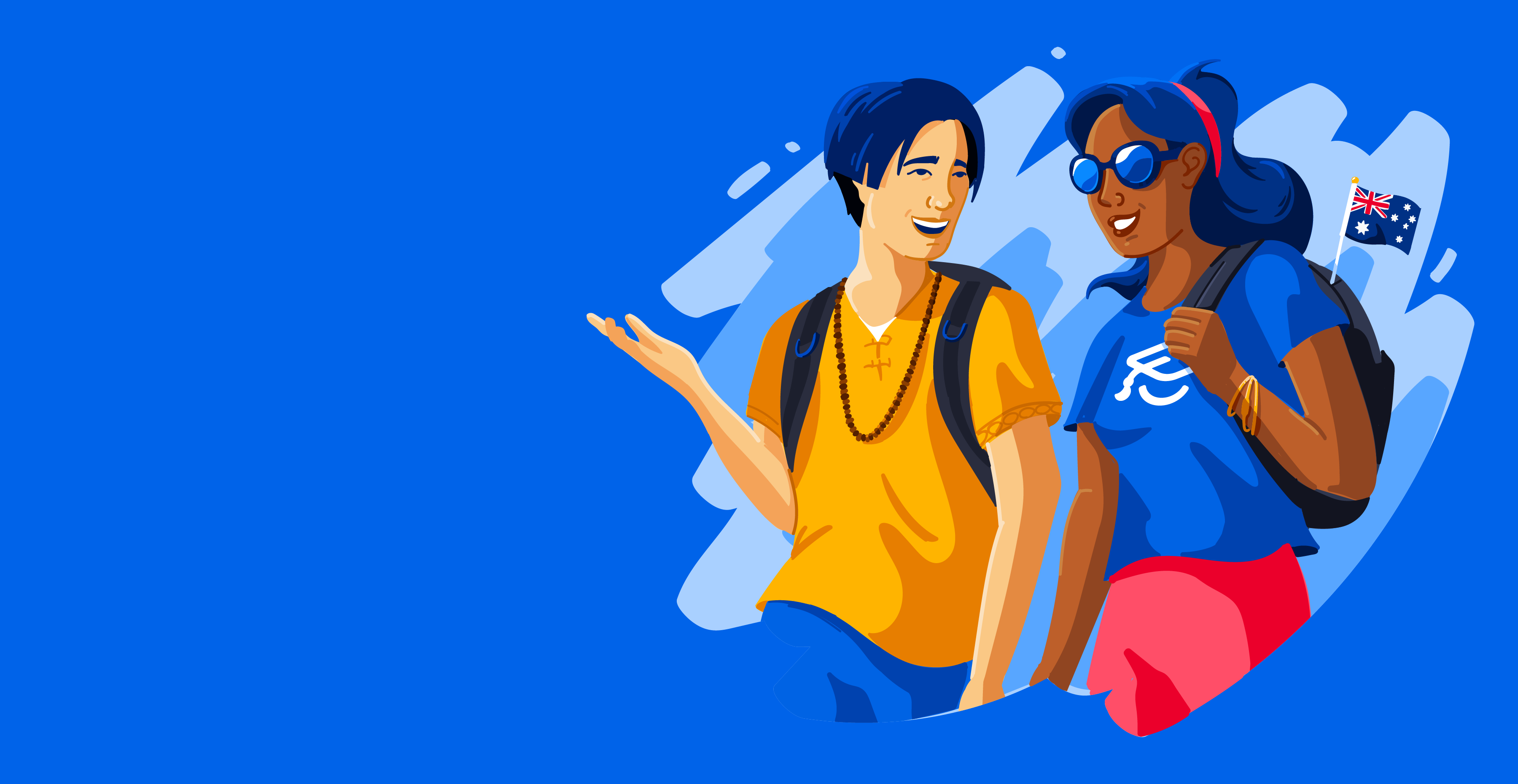 Australia 101:
Why Study Down Under