US Cities with the Lowest Unemployment Rates in 2021 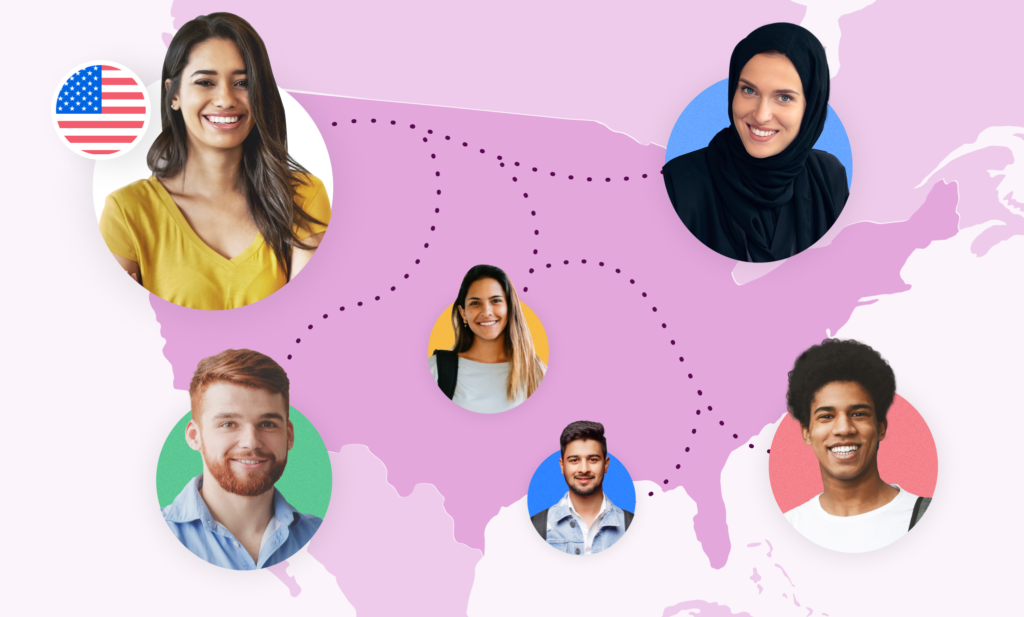 As an international student considering employment options after graduation, there are a number of factors to consider. These range from how you plan to use your education to whether you’d prefer to live in a large city or a smaller community. Also, look at local unemployment rates. Why? To attract the best workers, employers may offer more flexibility, better salaries, or other benefits if the market is competitive. So, cities with a low unemployment rate can actually be great places to start your career.

Per the most recent data from the United States Bureau of Labor Statistics, the nationwide unemployment rate dropped from 4.6% in October to 4.2% in November. Additionally, national unemployment rates for people 25 years old or older who hold a bachelor’s degree or higher is at 2.3%, nearly recovered to pre-COVID-19 levels.

The American government projects that careers in the fields below will be in the highest demand through 2030. So, international students with these skills are more likely to see a range of job postings:

As a massive and diverse country, some parts of the American labour market can be more welcoming. Read on to learn about five large metropolitan areas with low unemployment rates as of October 2021.

As a gateway city to the American West, Salt Lake City supports many different industries. With natural resources in close proximity, mining and oil and gas are the highest-paying industries, along with agriculture, forestry, and utilities. However, the area’s largest employer is education. This shouldn’t come as a surprise, with nine post-secondary institutions in Salt Lake City, including the University of Utah. As the city is ringed by the beautiful Wasatch mountain range, hospitality and tourism employ many locals as well.

From the local language to wrapping your head around a new currency, your day-to-day life can change a lot while living and studying abroad. Check out our blog on ways to adjust to a new culture.

Oklahoma City is a transportation hub, and its major industries reflect this role. From its position at the crossroads of three interstate highways, there are many careers in logistics and transportation. This central location may have helped to drive the city’s investment in health care: Oklahoma City has over 25 hospitals and employs over 82,000 health care workers. As the state capital, government at multiple levels employs 20% of the local workforce. Lastly, Oklahoma City is a good environment for new grads with big dreams: in September 2021, it was #9 on Lending Tree’s US-wide “Best Cities for Young Entrepreneurs” list.

Curious about becoming an international student in the US? We’ve counted down the top 10 universities for 2022.

International students in financial fields may already be familiar with the greater Atlanta area. Since 2010, Atlanta has become a hub for American financial technology, or fintech. In 2016, Forbes reported that an estimated “70% of all transactions on a global scale pass through companies headquartered in metro Atlanta.” This accelerated growth has earned the metro area the nickname “Transaction Alley,” referencing the West Coast’s Silicon Valley.

Atlanta is also a major centre for manufacturing, distribution, and trade, helped by proximity to one of the world’s busiest airports. That trade also extends to knowledge, as the Centre for Disease Control and Prevention as well as the American Cancer Society are headquartered in metro Atlanta.

With strong roots in manufacturing, Indianapolis pivoted in the 1990s to become a more people-centric economic powerhouse. Whether by building on its commercial and transportation strengths or attracting a variety of major American sporting events like the Indianapolis 500, this city has shown its ability to adapt to changing economic realities. With many insurance companies’ headquarters located in metro Indianapolis, insurance has remained a major employer for several decades.

Check out current programs in Indiana on the ApplyBoard Platform!

Historically an iron and steel mining town known as the “Magic City,” Birmingham‘s economy is now driven by industries like health care, education, distribution, and financial services. Metal and automotive manufacturing remain important industries, and roles in advanced manufacturing are on the rise. The University of Alabama at Birmingham is a major employer and one of the world’s top transplant centres, so new grads with a passion for medicine or medical research could be a good match for this Deep South city.

Keep these American cities with low unemployment rates in mind as you consider post-graduation employment. Each offers its own culture, climate, and community—one of which might be a perfect match for you!

58
SHARES
Share on WhatsappShare on FacebookShare on TwitterShare on Linkedin