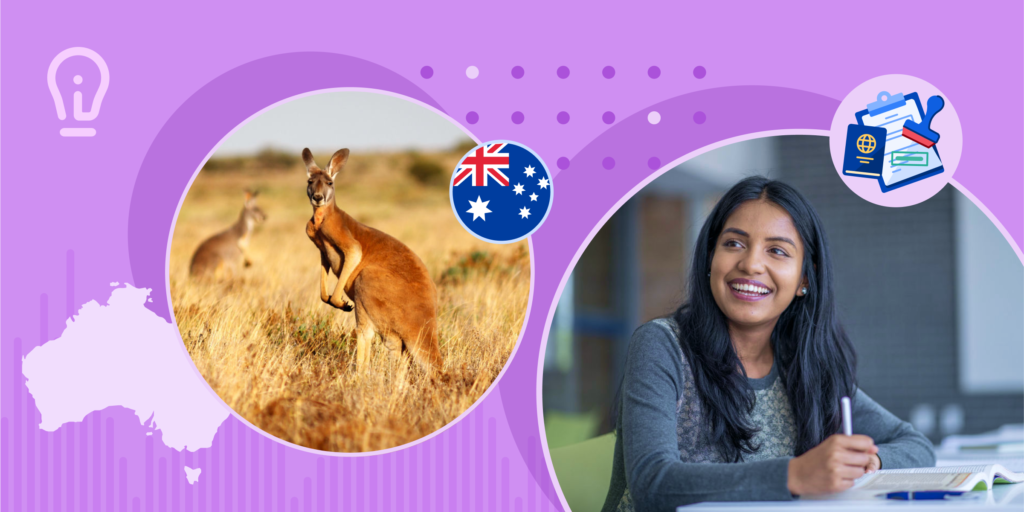 Student visas to Australia have been booming since borders reopened in December 2021. Nepal, Australia’s third-largest source for international students, is helping drive this explosion. Over 18,800 Australian student visas have been granted to Nepali students in 2021/22, with two months remaining in the fiscal year.1 And the majority of these visas have been granted since the Australian borders reopened. If this momentum continues for the remainder of the fiscal year, Nepal should challenge its record high of nearly 23,650 student visas granted in 2018/19.

The chart below shows a near-two-decade history of Australian student visas granted to students from Nepal.

The COVID-19 border closure stunted Australia’s entire international education sector. But from January through April 2022—the first full months since borders reopened—Australia is booming, demonstrating pent-up demand for a Down Under education. Nearly 12,300 student visas were granted to students from Nepal over this period. This means that 65% of all student visas granted to Nepali nationals were granted after Australian borders reopened.

When we dived into Australian student visas for Indian nationals the other week, we found huge gaps between offshore and onshore students. The following charts will help show if this also holds true for students from Nepal.

The previous high for offshore Nepali students during the January-to-April period occurred in 2017/18, when nearly 5,900 were granted a student visa. The new record high represents growth of over 50%, further demonstrating the pent-up demand for an Australian education from offshore students.

Top Study Locations and Levels in Australia for Students from Nepal

Let’s jump into where and what students from Nepal choose to study in Australia. Below is a map of the leading Australian states for Nepali students so far in 2021/22.

Both Queensland and Victoria—Australia’s second and third most popular states for Nepali students—are projected to see fewer Nepali students in 2021/22 than 2018/19. Student visas granted to Nepali students for both states are currently down more than 40% over this time frame.

At ApplyBoard, we have a wealth of resources to help students find the right Australian destination and program.

Since 2016/17, higher ed and VET have accounted for more than 97% of Australian student visas granted to Nepali nationals. Let’s dig deeper into the student visas being granted for these study levels.

VET was growing exponentially prior to COVID-19, and is trending toward surpassing those highs by the end of 2021/22. Higher ed has already grown six percent so far in 2021/22 compared to full-year 2020/21. And the news only gets better: the January to April period accounted for more than 65% of all student visas granted to Nepali students at these study levels.

The charts below unpack both study levels by offshore and onshore students.

As a top three source for international students, Nepal is an important corridor for the diversification of Australia’s education sector. Diversification helps destination countries mitigate sector downturn risks and improve education quality. The growth of student visas for Nepali nationals since Australia reopened its borders is very exciting to see. It will be important for the continuing health of the country’s international education sector to maintain this positive momentum in the coming years.

In addition to pent-up demand, Australia’s post-pandemic boom in student visas has been driven by a wealth of positive news for students, such as:

At ApplyBoard, we look forward to working with the new Australian government, our partner schools, and our recruitment partners to improve the accessibility of Australia’s world-class education for students from around the world.

1. All data courtesy of the Australian Department of Home Affairs (ADHA). All data reported according to Australian governmental financial years, which span from July of one year to June of the next year (for example, July 2020 to June 2021 was the 2020/21 year). The data used for this article includes subclass 500 and subclass 570 to 576 visas granted to primary applicants only.

How Studying Abroad Can Boost Your Resume