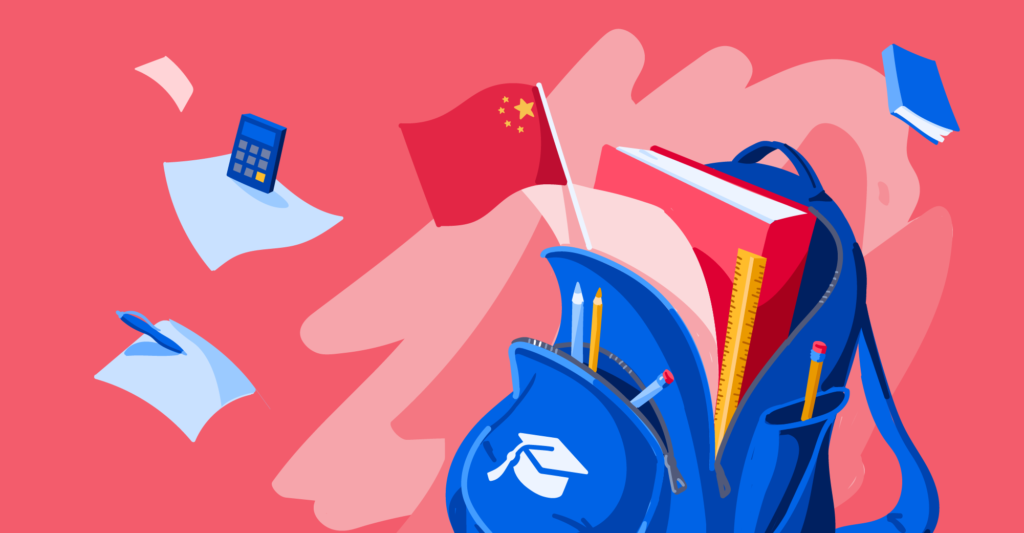 In this edition of ApplyInsights, I’ll be sharing my observations on China as a leader in supplying students interested in studying in Canada. China is the second-largest source market for Canadian institutions, with almost 30,000 students coming to the country to study in 2019.

I’ll start by quickly highlighting the difference between student visas1 and study permits.

A visa is a conditional authorization to enter a country. This means that even if a student has a visa for that country, a border officer has the authority to deny them entry.

A study permit gives students the authority to stay in a country once they’re there. It includes details about their purpose: why they’re in the country, what course level they’re studying at, how long they can stay, and whether there are any work restrictions.

ApplyBoard examined the differences between visas and study permits in more detail here.

The following table summarizes these changes, including statistics for all countries:

More striking is the 4.8% decline in visa approvals for Chinese students. This comes at a time when overall growth in student visas for 2019 was 12.6%. China also fell below the median growth rate for the top 20 source countries (2.6%).

Interestingly, a number of other East Asian countries mirrored this decline in 2019:

I’ll be monitoring the East Asian market closely moving forward as it looks to recover from COVID-19 in the context of these already declining application rates.

Canadian study permits for Chinese nationals fell slightly in 2019, from 85,165 to 84,710—around 0.5%. This continued a trend of slowing market growth over the previous three years.

This slowdown in market growth allowed India to pass China as Canada’s top source of international students in 2017. Set alongside the massive growth in the Indian market over the past four years, the decline in the Chinese market is even more pronounced:

After a fifteen-year period of robust growth, the number of Chinese students in Canada has stagnated over the past five years. Why is this? One possible reason is that China’s strong economic growth over the past few years has encouraged students who would otherwise study abroad to stay at home. Canada also faces stiff competition from the UK, where Chinese enrollment grew 34% over the same period.

Despite the downward trend, China remains the number two provider of foreign students to Canada, responsible for more than 20% of Canada’s international student population. Total growth over the 2015 to 2019 period was 28.6%.

With the exception of Ontario and Quebec, which added 900 and 90 students, respectively, every province saw a decline in study permit holders from China. Ontario’s 2% growth and the net decline across the remaining provinces increased its share of the Chinese market to 54%. The two smallest provinces by Chinese enrollment saw double-digit decreases, with Newfoundland and Labrador dropping by 12.3% and Prince Edward Island by 16.5%.

The figure below shows the distribution of Chinese study permit holders by study level:

A university education remains the highest draw for Chinese students coming to Canada. Of the 84,710 study permits issued by Canadian schools in 2019, 44.4% were issued by universities. This represented a 5.2% growth rate, bucking the larger trend down among all institutions.

Primary and secondary schools remain another key driver of study permits to Chinese nationals. This sector comprises 30.2% of the market and stayed largely flat from 2018, posting a 1.7% decline. College enrollment fell 0.6% and remains 13.1% of the market.

The other studies category was responsible for most of the decline in study permits, dropping 16.2% year-over-year. This category includes ESL and FSL programs, Quebec-based training and vocational programs, and any spouses or children of international students that hold a study permit themselves.

The Future of Chinese Students in Canada

The COVID-19 pandemic has reshaped the international education landscape around the world across all levels, from primary to post-secondary. Yet despite the toll that COVID-19 has taken on the international student market, the future for Chinese students in Canada remains bright.

China is still the number two source country for international students in Canada, and Canada’s relative success at managing the pandemic could make it more attractive to students as travel restrictions are relaxed and in-person classes return.

The continual growth of Chinese enrollment in the UK suggests there remains growth potential for the Chinese market in Canada despite its maturity. The pandemic arrived before we could obtain data on the effects of updates to the Student Direct Stream (SDS) in late 2019. However, I believe these changes could help Canadian institutions compete with the UK moving forward.

Either way, the Chinese market is one I’ll be keeping a close eye on for the rest of the year—and beyond.