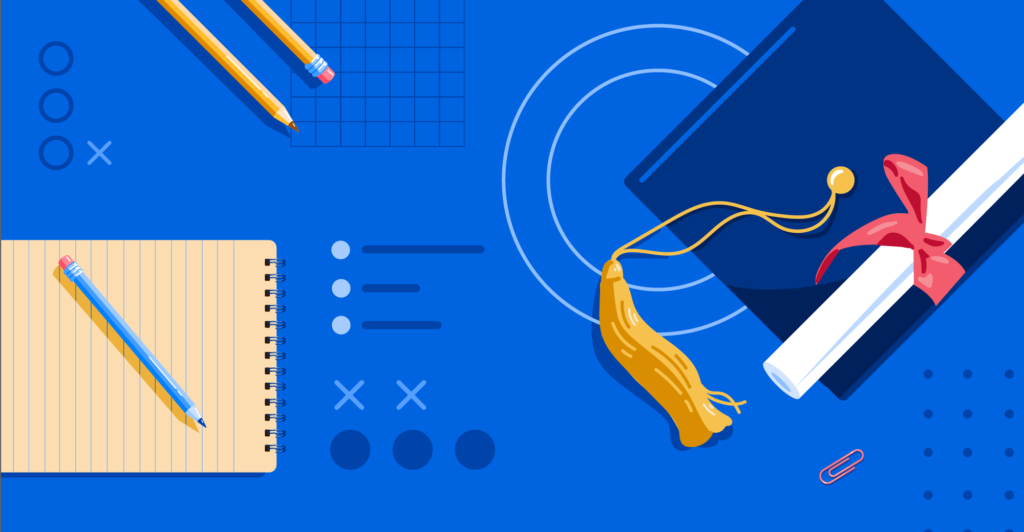 Just over 45,000 master’s and doctoral students received permits to study in Canada in 2019. Together, graduate students accounted for 13.8% of the Canadian international student market. Let’s take a look at which countries supplied those students.

France was third, with 2,865 study permits issued to master’s students. This represented 8.3% of the international master’s student market, well ahead of France’s share of the overall market (3.6%).

In contrast to India and China, nearly 20% of French nationals studying in Canada in 2019 were master’s students.

Fourth was Iran, with 2,720 study permits issued in 2019. That represented a whopping 27.8% of Iranian students in Canada. The USA rounded out the top five.

The table below lists the top 10 countries and their number of study permits issued:

The international market for doctoral students in Canada is about 30% the size of the master’s student market. This reflects the doctorate sector’s much smaller proportion of overall graduate study. Many of the countries listed above are leaders here as well, but there are some key differences, starting with the top.

France was a distant third in the doctoral market as well, with 900 study permit holders. This was good for 8.5% of the market. 6.1% of French students in Canada in 2019 pursued doctoral studies.

The USA was fourth, with India a surprising fifth. Just 0.5% of Indian students in Canada studied at the doctoral level in 2019.

As these lists show, certain source countries punch above their weight in graduate studies in Canada, in some cases sending more master’s and doctoral students than undergraduate students. I’d like to examine a few of these cases.

Among all countries that sent at least 100 students to Canada last year, Iran had the highest percentage of graduate students. In 2019, 44.6% of Iranian students in Canada studied at the graduate level. Compared to the all-countries average of 13.8%, this is a remarkable total.

If we break down Iranian university enrollment by program level, we can see how heavily weighted it is toward graduate study:

What drives this disparity? Part of it is study permit approval rates, as the table below shows:

However, this trend may also reflect the desirability of Iranian graduate students in Canada. Canadian graduate schools have long marketed themselves to Iranian students. They recognize that Iran’s post-secondary system is strong, with world-class institutions such as the University of Tehran and Sharif University of Technology turning out large numbers of STEM graduates, in particular.

With the deterioration of the Iran-US relationship over the past few years reducing competition for Iranian students, it’s perhaps no surprise that more and more Iranian nationals are pursuing graduate studies in Canada.

As we discussed above, France is a key supplier of graduate students to Canada. But it’s not the only Francophone country sending large numbers of students to study at that level.

Algeria and Morocco also placed among the top 10 source countries for master’s students in Canada. Tunisia, Lebanon, Benin, and Togo are smaller players in the Canadian international student market, but each sent a significant proportion of graduate students to Canada. Upwards of 30% of the Canadian study permit holders from each of those countries studied at the graduate level in 2019.

With the exception of Lebanon, more than 85% of the graduate students from those countries who came to Canada to study last year studied in the province of Quebec. In other words, graduate programs are key drivers of many Francophone countries’ contributions to international education in Canada. And just as important, Canada is a significant player in the French-language graduate market, offering a unique opportunity for Francophones to experience studying abroad in their native language at a number of world-class institutions.

Graduate programs are famously selective, admitting only the most successful undergraduate students. It’s important to remember that graduate students are often highly selective as well. Graduate programs are expensive, specialized, and often a significant time commitment. When I see strong graduate numbers in international education, I know it’s a sign of a healthy market.

With international study applications rising again in Canada following changes to the post-graduate work permit (PGWP) program, I’m optimistic that we’ll continue to see a robust graduate sector in Canadian international education despite the disruption of the COVID-19 pandemic. I’ll continue to monitor the sector and provide updates as full-year data for 2020 becomes available.

98
SHARES
Share on WhatsappShare on FacebookShare on TwitterShare on Linkedin