This article is the second in a series looking at international education trends at the provincial level in Canada. Previously, I’ve covered how Quebec’s share of Canada’s Indian student market spiked during the pandemic. I’ll be looking at other top source countries in the near future, so keep an eye on ApplyInsights.

British Columbia (BC) has long been the second most popular Canadian destination for international students. In 2019, over 20% of new study permits were issued to international students planning to study in BC.1 While initial 2020 data2 shows that Quebec displaced BC in the number two spot, this is not necessarily evidence of a longer-term shift. BC’s market share for all source countries has only fallen by 2.2% since 2018.

However, BC’s share of the Iranian market is growing. In the first ten months of 2020, 37.3% of study permits issued to Iranian students were for institutions in BC. BC was the only province to increase its share of the Iranian student market by more than 0.3% in the first ten months of 2020. This made Iran the seventh largest source market for new international students at BC schools over that period.

The chart below shows BC’s share of study permits issued over the past three years for the Iranian market and all source markets together:

BC’s share of the Iranian student market increased by nearly 12% from 2018 to 2020. The first ten months of 2020 saw BC surpass Ontario as the primary destination for Iranian nationals. In 2018 and 2019, Ontario was the most common destination. Even if Ontario retains its top spot once final 2020 data is in, BC is likely to be a very close second.

As the image above shows, issued study permit numbers dropped significantly. Fewer students applied to study abroad due to COVID-19 restrictions and uncertainties. Lockdown protocols caused challenges for many students trying to secure necessary documentation. Before the pandemic, all documentation was required for an application to get through initial review. However, in late May 2020, the Canadian government introduced a temporary measure to notify students of missing documents and offer them additional time to submit them.

Institutions and organizations throughout BC have actively worked to recruit international students. For example, key industry leaders formed the British Columbia Council for International Education (BCCIE). BC is also home to three of the top fifteen universities in Canada.

BC institutions have been particularly flexible with scholarships and conditional offers, especially during the pandemic.

BC is also home to some unique postgraduate study opportunities, such as the master’s degree programs offered by the British Columbia Institute of Technology (BCIT), a college.

There are some non-academic factors as well. BC’s climate is much milder than other Canadian provinces, leading to more predictable winter conditions. This has led to a significant Iranian population in BC, especially in Vancouver. The BC government is also expecting more job opportunities for students with post-secondary education over the next 10 years. Coupled with a relatively low unemployment rate pre-pandemic, BC has been a promising destination for students at all levels.

Iran has a strong post-secondary education system, but the demand for STEM4 degree programs exceed local capacity. This is especially true at the graduate level. Master’s degrees and doctorates are highly valued in Iran. They offer higher potential for long-term employment and career stability. For Iranian nationals with master’s degrees, completing doctoral studies abroad is common. But if they are not admitted to a doctoral program, many Iranian nationals will choose to pursue a second master’s degree.

Among all countries that sent at least 100 students to Canada in 2019, Iran had the highest percentage of graduate students. 44.6% of Iranian students in Canada studied at the graduate level in 2019. In 2020,5 the percentage of Iranian students studying at the graduate level in Canada rose even higher, to 57.7%. Comparing study permits issued to international students at all study levels in 2020, Iran’s weighting toward graduate study stands out:

Higher study permit approval rates for Iranains pursuing graduate studies have significantly impacted application volumes. In 2019, 95.3% of all doctorate level applications from Iranian students were accepted. 78.7% of Master’s level applicants were accepted. By contrast, the study permit approval rate for all Iranian students fell 26.9% in 2019 to a five-year low of 43.6%.

The Impact of COVID-19

The impact of the pandemic has been substantial. There was an 87.3% decline in Canadian study permits issued to Iranian students in 2020 compared to 2019. This reflects much lower application volumes than in 2019.

The Iranian economy was already struggling pre-pandemic and COVID-19 made the situation even worse. This made it difficult for interested students to secure financial verification for study permit applications, according to our recruitment partners.

With an already low study permit approval rate, many students may have seen the study permit application process as a significant financial risk. However, the weakened economy likely had less of an impact on graduate students. This would be mainly because these students often applied to programs which provide full or partial funding.

The recovery of the Iranian economy will likely reduce the volume of applications from Iranian students over the next two years. Iran has also been a hotspot for COVID-19 in the Middle East, lengthening their recovery trajectory. Yet President Biden’s election in the US and his reversal of many of former President Trump’s immigration policies could have an impact on Canadian recruitment. The high quality of US graduate schools will likely make the US a competitive destination once more, despite the fraught political history. Altogether, it may take four to five years for Canada to attract the same number of Iranian students as it did pre-pandemic.

Before the pandemic, two other provinces achieved minor market share growth. Quebec and Newfoundland and Labrador grew their market share by 1.1% and 0.1%, respectively, in 2019. But both provinces experienced larger market share declines in 2020. This resulted in a net 1.6% market loss collectively. Ontario saw the biggest year-over-year losses in 2019 and 2020, losing a total market share of 8.5%.

I’m confident Iran will continue to be a strong graduate student enrollment market for Canadian institutions post-pandemic. But applications for other study levels may take longer to stabilize. I’ll revisit Iran when full 2020 study permit data is available and see if BC retains its spot as the top destination for Iranian students.

1. All data courtesy of Immigration, Refugees and Citizenship Canada (IRCC) unless otherwise noted.

3. The Northwest Territories, Nunavut, and the Yukon have been omitted as they had zero issued permits.

218
SHARES
Share on WhatsappShare on FacebookShare on TwitterShare on Linkedin
Tags: 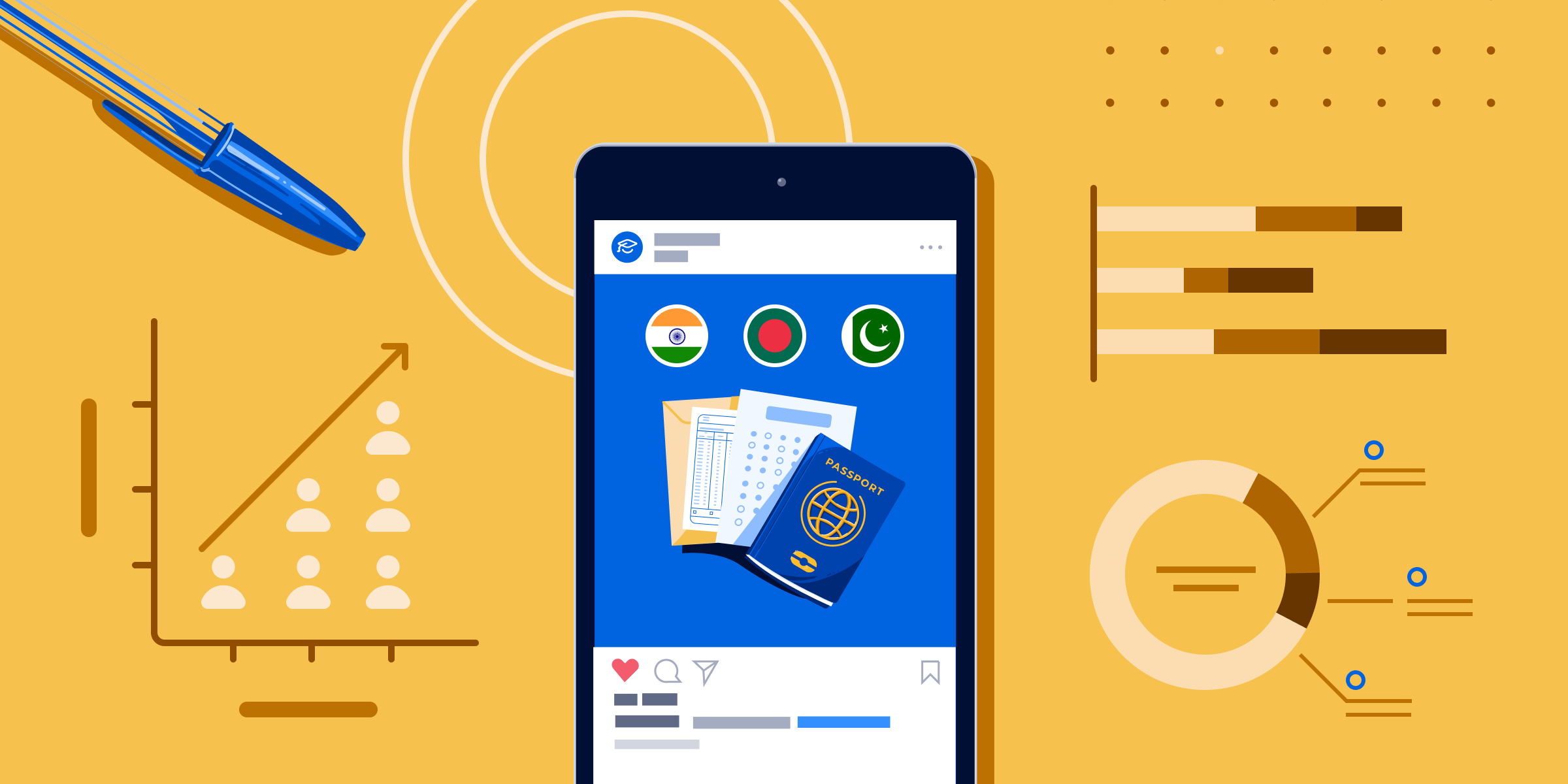 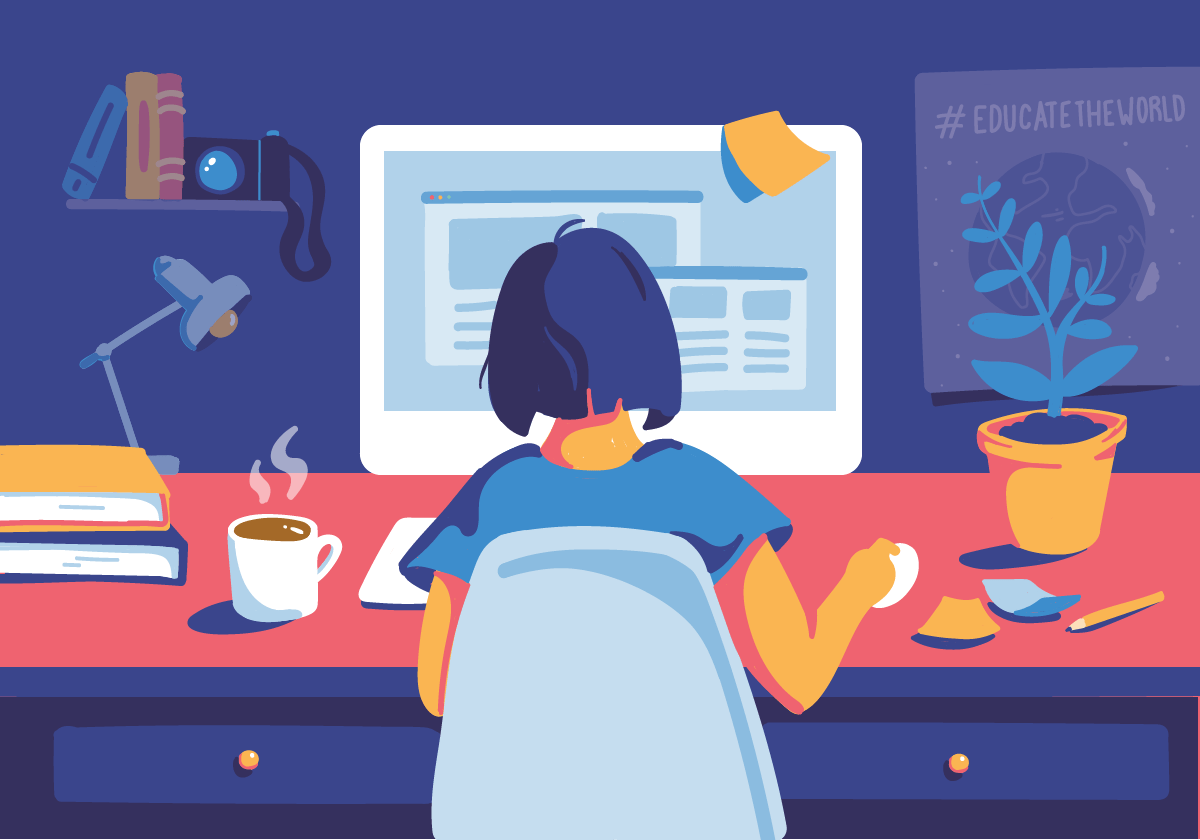