Getting an international education lets students experience diverse cultures, develop global perspectives, and pursue exciting careers around the world. While studying abroad presents a host of benefits, it can be an expensive choice for many students. As economies around the world remain weakened due to the COVID-19 pandemic, affordability has become even more important to international students.

Canada remains an attractive destination, but tuition1 and housing costs2 vary from coast to coast. In this edition of ApplyInsights, I’ll break down international undergraduate degree and graduate degree tuition expenses in Canada’s ten provinces. I’ll also check in on rental costs in major Canadian cities, and show what an international student can expect to pay in tuition and rent over the course of their studies.

Let’s start off by looking at international student tuition trends in Canada over the last five years.

The chart below shows the cost of international undergraduate and graduate tuition costs in Canada over the past five years:

Undergraduate tuition for international students in Ontario grew by 36.1% from 2016/17 to 2020/21. Surprisingly, undergraduate tuition in Prince Edward Island (PEI) actually decreased over the same period, dropping by 3.7%. Ontario’s large tuition increases had a significant impact on national tuition averages as Ontario accounted for about 50% of all new study permits issued between 2016 and 2020. As a result, international student tuition costs for every province except Ontario were less than the national average in every year over that period.

Ontario has the highest tuition fees for international students, both undergraduate and graduate. In fact, Ontario’s average international undergraduate tuition cost is 44.2% higher than the next most expensive province, British Columbia. It’s also more than double the average undergrad tuition in five of the other eight provinces.

Tuition fees are just one expense international students need to evaluate when considering studying abroad. The other significant expense for most students is housing, especially for those not living on campus.

The chart below shows the average rental cost of a one bedroom apartment3 in select Canadian urban centres in 2020:

Of Canada’s major urban centres, Toronto and Vancouver have the most expensive housing costs, each averaging over $1,400 per month for a one bedroom apartment. Both cities are major multicultural centres with multiple universities, so competition for student apartments is not likely to subside any time soon.

By comparison, Canada’s second most populous urban centre, Montréal, averaged around $800 per month for a similar unit in 2020. Montréal is also a densely urban and highly multicultural city with top-ranking universities. Though a significant drop in international students led to higher vacancy rates in Montréal in 2020, rental prices still increased from 2019.

Looking at the Prairie provinces, rental costs are fairly similar between Manitoba, Saskatchewan, and Alberta. While Calgary and Edmonton featured slightly higher rent in 2020, nation-leading vacancy rates could drive rental prices down in 2021.

In Atlantic Canada, rent in major urban centres remained relatively low, with the notable exception of Halifax. Like Montréal, Halifax has seen an increase in vacancy rates due to COVID-19, but a limited supply of apartments drove prices up as existing renters were more willing to accept increased rent prices.

Using the tuition and rental data presented above, we can estimate how much an international student can expect to pay while completing their degree studies. The table below shows a four-year undergraduate4 and two-year graduate5 cost calculation for major Canadian urban centres:

For both undergraduate and graduate students, Canada’s Atlantic provinces offer some of the most affordable education for international students. Specifically, Memorial University of Newfoundland (MUN), the only-degree granting institution in Newfoundland and Labrador, is among the most affordable study abroad destinations in Canada. Atlantic Canada is also an attractive destination for international students because of their reduced Provincial Nominee Program requirements, which can make the permanent residence (PR) pathway more accessible.

Manitoba and Saskatchewan also offer high affordability, along with growing international student communities. Quebec’s lower rent rates are offset by higher tuition costs, leading to an average total study cost for international students. But for Alberta, British Columbia, and Ontario, higher rent and higher tuition fees can have a significant impact on affordability for those looking to attain a degree in Canada.

As economic markets begin to recover, this concern will likely remain top of mind for international students. I expect we will see an increasing number of students choosing more affordable Canadian destinations like the Atlantic Provinces or Manitoba for their studies in 2021 and beyond. This shift has already begun for the Nigerian and Hong Kong student markets, where affordability has become a top concern.

Each province and region in Canada offers its unique opportunities to students, whether it be vibrant urban campuses, more rural and tightly knit communities, and everything in between. The good thing is there is a range of choices students have at their disposal for finding what is right for them.

In the coming months, ApplyInsights will embark on a cross-country journey to look at international education statistics and the international student journey in each Canadian province. We hope you’ll join us!

1. Tuition refers to the cost charged to a full-time student (based on a full load of 30 credits per year) completing a degree from a public post-secondary institution in Canada (university or college) over the course of their studies. Tuition data was sourced from the February 2021 Tuition and Living Accommodation Cost (TLAC) data release from Statistics Canada, which includes estimations for the 2020/21 academic year.

2. Housing data was sourced from StatCan’s Canada Mortgage and Housing Corporate (CMHC) dataset, including information up to December 2020.

3. Based on the average monthly rental cost of a one bedroom apartment in a row or apartment structure of three units or more.

6. Assuming attendance at a degree-granting institution in Ontario. 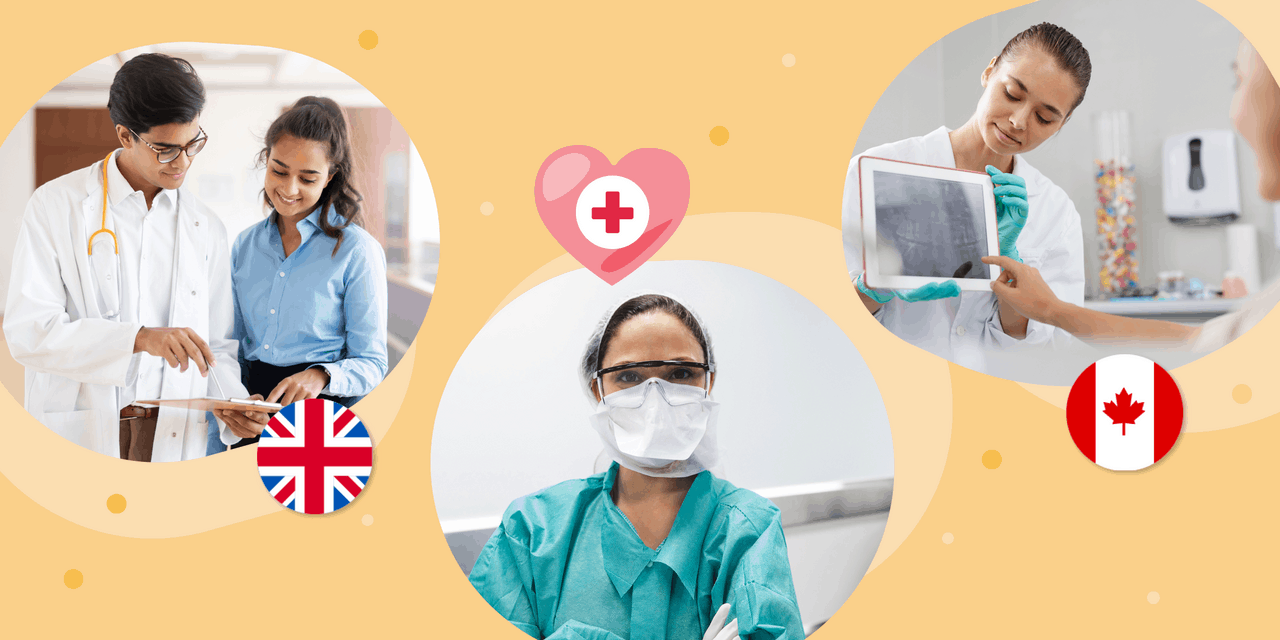 8 Top Health Programs
in Canada and the UK for 2021