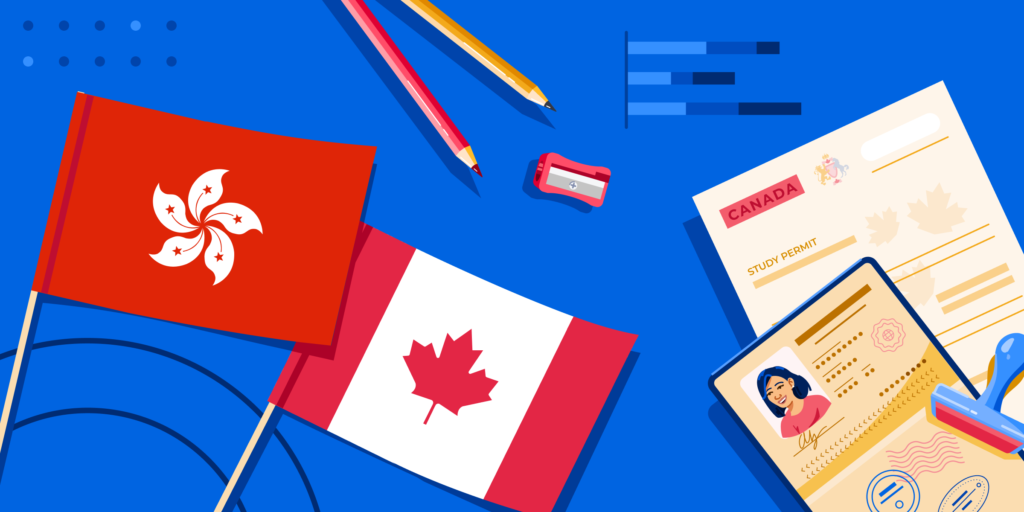 In an extraordinarily difficult year for the international education industry in Canada, the Hong Kong market managed to remain steady. The total number of new Canadian study permits issued across all markets fell by 73.5% in 2020.1 This type of drop has been seen around the world, but for study permits from Hong Kong, that number shrank by just 2.5%.

In today’s ApplyInsights, I’ll be digging into the Hong Kong study permit numbers to look at how the Hong Kong market has changed over time, what and where Hongkongers are studying in Canada, what may have caused this positive trend, and why Hong Kong is an excellent growth opportunity for Canadian institutions.

This is the first in a series of articles exploring high-potential international student markets in Canada. Check back in the following weeks for future installments.

The boom in applications and rise in approval rate combined to produce a 70.1% increase in the number of Canadian study permit approvals for Hongkongers in 2020.

The following table summarizes the year-over-year changes in the Hong Kong market:

ApplyBoard’s recruitment partners have seen an uptick in inquiries from Hong Kong residents since mid-2019, when protests roiled the city’s streets. Many of these inquiries have come from established professionals with young families. In the wake of the protests and the pandemic, large numbers of students have left Hong Kong’s primary and secondary schools to study overseas.

Last November, in response to the crisis in Hong Kong, the Canadian government implemented new immigration measures to support Hong Kong residents. These include the following:

The open work permit launched in early February, while the new pathway for Hong Kong students will be available later this year. These changes, along with others put in place by the Canadian government, make Canada an attractive destination for Hongkongers looking to escape the political situation there.

The Canadian government has taken a smart, compassionate stance that serves both the interests of Hongkongers and Canada. This is a real opportunity for institutions to provide important opportunities for Hongkongers while also bolstering enrollment in a very difficult market.

In most cases, students must apply for a study permit before coming to Canada.2 Once approved, they are issued a letter of introduction that states that they’re allowed to study in Canada. They’re also issued an electronic travel authorization (eTA) or temporary resident visa (TRV) to enter Canada.

When the student arrives in Canada, they must present these documents to a border services officer. If the officer permits entry into Canada, the student is issued their study permit.

In other words, just because an applicant’s study permit is approved doesn’t mean that it will be issued. Students may elect not to pursue their studies in Canada even after being approved for a study permit, or they may be denied entry at the border. That said, both occurrences are uncommon. From 2016 to 2019, around 95% of study permits approved were issued.

This changed in 2020, when just 57% of all study permits approved were issued, likely due to border restrictions and the uncertainty surrounding the pandemic.

The chart below compares study permits approved and issued for Hong Kong residents:The spike in approvals is apparent, but we haven’t yet seen this translate into a boom in Hong Kong students in Canada. With online classes largely mandatory, many students have deferred their studies and their travel. Even so, the fact that the number of study permits issued to Hong Kong students remained stable in 2020 is remarkable when compared to other key source markets, as the table below shows:

The Hong Kong market lost 35% fewer new students in 2020 than the next best market, Tunisia. The average decline among all source markets was 73.5%.

The image below shows the number of study permits issued to Hong Kong residents for studies in each of Canada’s 10 provinces in 2020, along with the change between 2019 and 2020:For the first time since 2016, British Columbia pulled ahead of Ontario to become the top destination for Hong Kong students in Canada in 2020. Ontario’s numbers fell 25.8% year-over-year.

The Metro Vancouver area remains a big draw for Hong Kong students for its wide range of post-secondary offerings and moderate climate. A less traditional, but growing, market is Manitoba, where the number of study permits issued to Hongkongers increased by more than 150% from 2019.

There are a number of factors that might make Manitoba attractive to Hong Kong students. The province has a relatively low cost of living, its tuition is among the lowest in Canada, and it offers generous pathways to citizenship through the Manitoba Provincial Nominee Program. We saw similar interest in Manitoba in the Nigerian market, where affordability is a key driver.

I suspect this is where we’re seeing pandemic-related decline for Hong Kong. Study permits issued for bachelor’s degree programs declined by 82.2% across all markets, one of the largest declines in any sector. The data has repeatedly shown that young adults have been less willing to move ahead with their study abroad plans despite the pandemic than more established professionals with young families.

The good news for the university sector? We’re likely to see a reversal of this trend post-pandemic as students determine it is safe to travel.

I also expect the growth in the primary and secondary sector to continue as more Hongkongers look to relocate their families to escape the unrest and take advantage of Canada’s new open work permit and the coming pathway to PR for Hong Kong residents.

The ties that bind Hong Kong and Canada are strong. The Canadian government estimates that there are more than 200,000 people of Hong Kong descent living in Canada and another 300,000 Canadians currently living in Hong Kong.4 I expect the current wave of interest in Canada among Hongkongers to accelerate with the end of the pandemic and the government’s recent announcements.

Institutions looking to capitalize on this trend should:

2. In some cases, students may apply from within Canada or while at a port of entry.