There was a time not so long ago when the idea of a woman-run university was unheard of. Canada has always been a progressive country but it’s easy to forget that women weren’t allowed to attend postsecondary school until 1880. It took nearly a century for the first woman to be appointed president of a Canadian postsecondary institution (Pauline Jewett – Simon Fraser University). Although most Canadian universities and colleges are still run by men, quite a few now have female presidents.

In honour of International Women’s Day, we’re profiling 10 Canadian universities and colleges with female presidents. Every single woman on our list have extensive academic and professional careers, and serve as inspiration for young women pursuing their education dreams across Canada.

In 2017, Asima Vezina succeeded Dr. Celia Ross as President and Vice-Chancellor of Algoma University in Sault Ste. Marie, Ontario. Dr. Ross had been serving as Acting President at the time, but previously oversaw Algoma during a period of increased enrolment from 1998 to 2010.

Vezina – a beloved member of the Sault Ste. Marie community – has more than 25 years of experience in education. She is a firm believer in collaboration and brings a strong sense of community, teamwork, and student focus to her duties as President and Vice-Chancellor. Vezina has a Bachelor of Education from Lakehead University and a Masters of Education from Nipissing University.

Alberta’s Bow Valley College has an impressive history of female leadership. Before Laura Jo Gunter became President and CEO in 2017, the position was held by Sharon Carry for two decades. A 20-year legacy is a lot for anyone to live up to, but  Gunter has an impressive resume of her own. She formerly served as Senior Vice President, Academic for George Brown College and was the CEO and co-founder of Condition30 Inc., a software and video game company.

Laura Jo Gunter’s background in both education and the private sector have enabled her to establish a leadership platform at Bow Valley built on strong community connections and educational experiences. Gunter has a Bachelor of Journalism from Carleton University and a Masters of Business Administration from Queen’s University.

Maureen Adamson has a 25+ year career in multiple sectors, including education, healthcare, government, and nonprofits. Before Fleming College, she was the Deputy Minister of Tourism, Culture, and Sport for the government of Ontario, and from 2011 to 2014, the CEO of Cystic Fibrosis Canada.

Anne Sado is one of the longest-serving presidents on this list, having held the position at Toronto’s George Brown College since 2004. An MBA holder with a strong engineering background, Anne Sado is one Ontario’s most distinguished college presidents. Her list of achievements include being Co-chair of the Business/Higher Education (BHER) Roundtable, recognition as one of Canada’s Most Powerful Women in four separate years, and appointment as a Member of the Order of Canada in June 2013. Under Sado’s leadership, George Brown College has doubled its enrolment and solidified its reputation as one of Ontario’s best colleges.

Dr. Suzanne Fortier has served as Principal and Vice-Chancellor of McGill University since September 2013, but her connection with the university began many years ago. Dr. Fortier graduated from McGill with a Bachelor of Science in 1972. Four years later, she completed her PhD in Crystallography – also at McGill.

Fortier has had an impressive career in education. Some of her past positions include Vice-Principal (Research) at Queen’s University and President of the Natural Sciences and Engineering Research Council of Canada (NSERC). Although most Canadian universities have male presidents, Dr. Fortier is not the first woman to run McGill. Heather Munroe-Blum, the 16th President of McGill, held the position from 2003-2013.

In 2018, Dr. Bluechardt oversaw the opening of the university’s Centre for Applied Research in Human Health – an exciting new research facility for faculty and students. Dr. Bluechardt earned her Bachelor of Physical and Health Education and a Master of Science in Coaching from Lakehead University. She also has a PhD in Exercise Science and Health Promotion from the University of Toronto.

St. Thomas University President Dawn Russell already had a long and personal history with the Fredericton, New Brunswick school when she took the post in 2011. Russell graduated with a Bachelor of Arts from STU and even returned two years later to teach English while studying at Dalhousie Law School. She also has a masters in international law from Cambridge University.

Russell has an extensive and impressive background in law. She was a law professor and later dean of the Dalhousie Law School for ten years. Russell also practiced law as an associate lawyer with Stewart McKelvey Stirling Scales. As president, Russell has taken steps to enhance St. Thomas University’s reputation and increase its international student population.

Dr. Joanne MacLean earned her position as University of the Fraser Valley president on the strength of her diverse career. With interests in academics, athletics, and administration, Dr. MacLean knew from an early age that she wanted a university-based career. “From my very first year at the University of New Brunswick, I knew that university was the place to be for me,” said Dr. MacLean in May 2018, soon after starting her position as UFV President.

In addition to her academic career, Maclean is the author of two books and over 70 peer-reviewed publications and presentations. She earned her Bachelor and Masters degrees in Physical Education from the University of New Brunswick and a PhD from Ohio State University.

Learn more about the University of the Fraser Valley here!

Dr. Vianne Timmons has been the President and Vice Chancellor of the University of Regina since 2008. Under Dr. Timmons’ leadership, the university has increased enrolment, received international recognition, and attracted more external funding than ever before.

Dr. Timmons is the Past-President of the International Association for the Scientific Study of Intellectual and Developmental Disabilities, Co-Chair of SSHRC’s Advisory Committee on Equity, Diversity, and Inclusion Policy, a member of the Business/Higher Education Roundtable, and a member of the Canada Foundation for Innovation. She is also a member of the Board of Directors of VIA Rail Canada Inc., has authored and edited nine books, and authored more than 40 peer-reviewed articles in leading academic journals. After almost 12 years at the University of Regina, Dr. Timmons will be leaving on April 1, 2020 to become President of Memorial University, located in her home province of Newfoundland and Labrador.

Learn more about the University of Regina here!

Yukon College, one of Canada’s northernmost colleges, is presided over by Dr. Karen Barnes, who has held the position since 2011. Dr. Barnes is uniquely qualified for the position of Yukon College President, as she has extensive knowledge of the Yukon territory and its First Nations people. Dr. Barnes attained her BA in History from The University of British Columbia in 1979 and later earned a Master’s of Education from The University of Alberta. Led by Dr. Barnes, Yukon College has further pursued The President’s Committee on First Nation Initiatives and the Yukon Cold Climate Innovation Centre.

Interested in applying to one of these colleges or universities? Start your free ApplyBoard account. We’re here to help you every step of the way.

61
SHARES
Share on WhatsappShare on FacebookShare on TwitterShare on Linkedin
Tags: 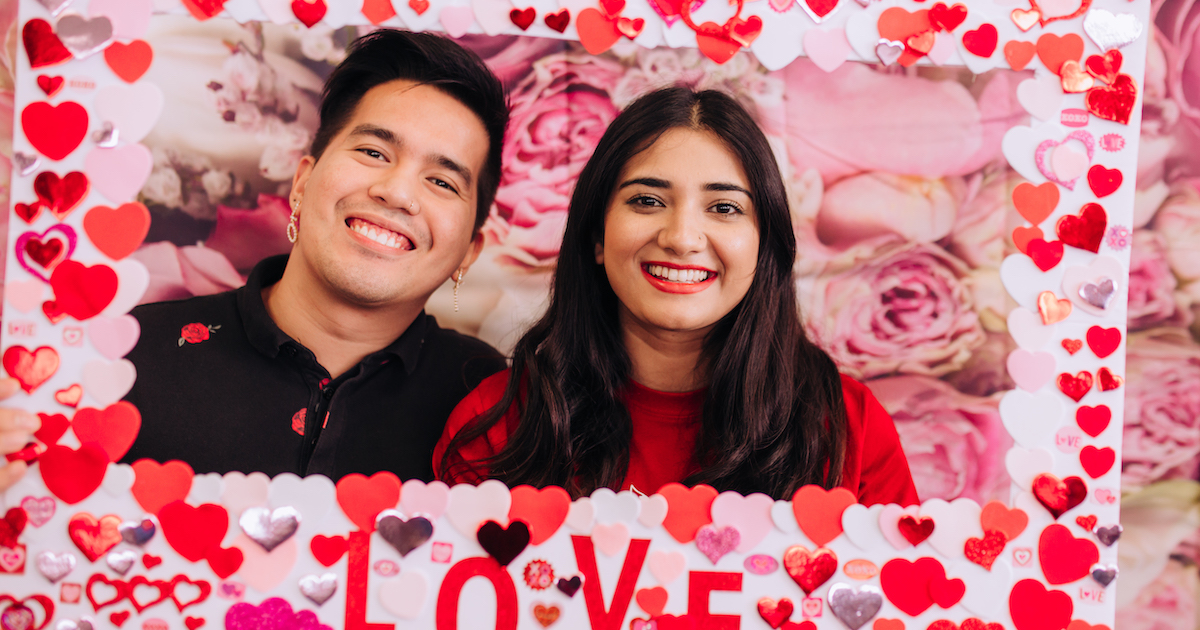 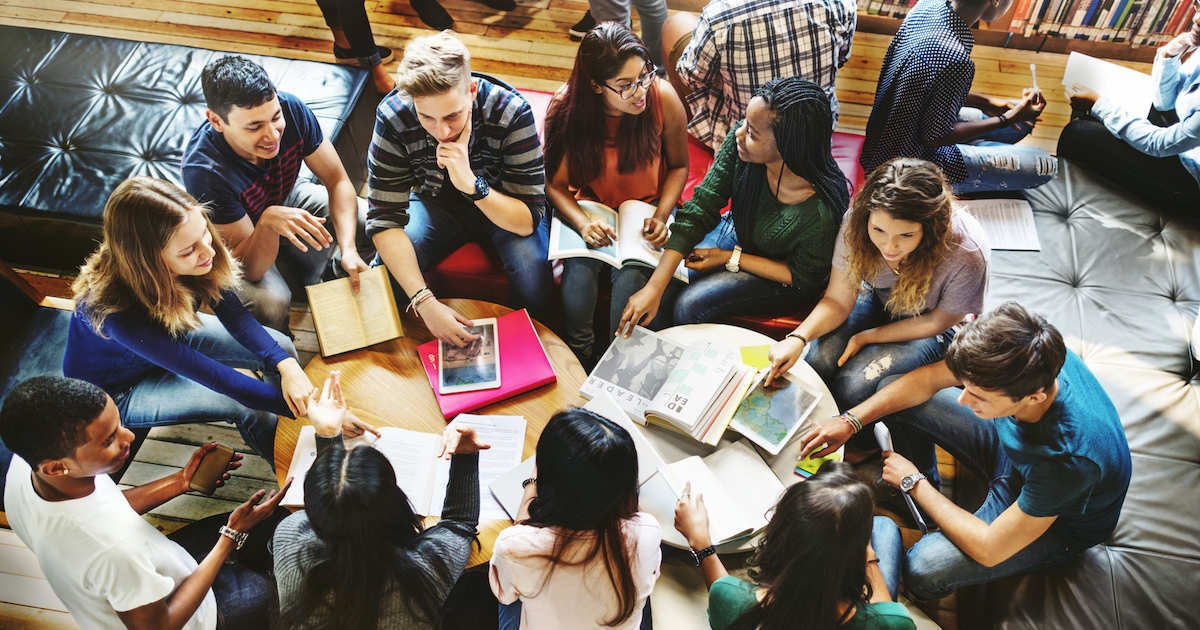