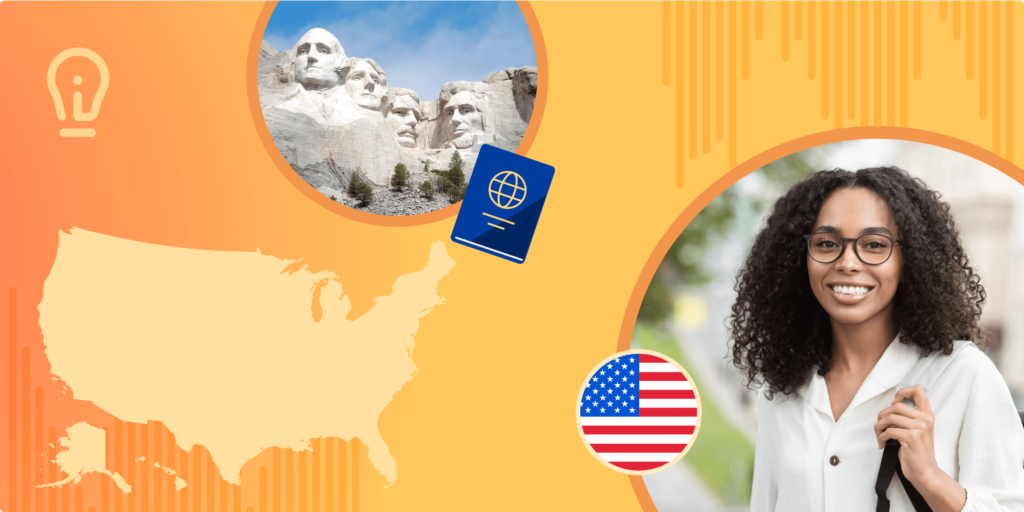 The trickle of visa data out of the US became a flood last week as the Department of State issued its annual report on Nonimmigrant Visa Issuances by Visa Class and Nationality.

The F-1 (student) visa data is overwhelmingly positive. Visa issued numbers are largely back to the pre-pandemic normal, helped by record-high approval rates. We break down the details of these spikes and highlight top-performing source countries (and laggards) in today’s ApplyInsights.

According to the new data, the US Department of State issued nearly 358,000 student visas in the 2021 fiscal year, which ran from October 2020 to September 2021. This was largely in line with totals from FY2018 and 2019, and represented a huge bounce back from 2020, when embassy closures, border restrictions, and pandemic uncertainty led to just over 111,000 visas issued.

The chart below shows the trend since FY2016:

While the US remains well off its high water mark of over 644,000 student visas issued in FY2015, these numbers should dispel any fears that the US was in for a multi-year slump.

It’s worth noting, however, that we’ve seen even stronger numbers from competing destination markets. The Canadian government issued more than 336,000 study permits in 2021, a 34% improvement over 2019.1 The UK experienced no international enrollment downturn during the pandemic and even hit its 2030 international student population target nine years early.

South Asian markets were key drivers of the US student visa surge. In fact, the four countries that saw the largest increase in student visas issued from FY2019 to 20212 were all South Asian.

The table below shows the top 10:

We previously identified Bangladesh and Pakistan as markets that declined minimally during COVID and were primed to grow post-pandemic. Both countries hit 20-year highs in student visas issued.

Nepal is a top-three source market for Australian institutions, and the US likely benefited from the extended border closures Down Under pushing students to explore other destinations. There’s some evidence that the US could retain its Nepali gains, however. As recently as 2016, the Department of State issued nearly 6,000 student visas to Nepalis. And Canada experienced a spike in Nepali students in early 2022, even after Australia’s borders reopened.

India’s growth leaves it well positioned to surpass China as the top source country for US institutions. We’ve seen similar strong growth in Canada and the UK, and with India primed to surpass China in population within the next year, it’s a trend that will only accelerate.

The chart below shows the trajectories of India and China:

The Department of State actually issued more student visas to Indian students than Chinese students in 2020, and while China surpassed India again in 2021, the margin is less than 10,000 students—a far cry from the 30,000-plus differential in 2019.

China is not the only East Asian market to lag behind its 2019 total for student visas issued. Japan, South Korea, Hong Kong, and Taiwan all posted below-average numbers for FY2021.

The table below breaks down the bottom 10:3

East (and Southeast) Asian student numbers have been slower to recover across destination markets, perhaps due to a reluctance among parents to send their children abroad in the aftermath of a global pandemic. As COVID-19 slides further into the rear view mirror, look for these numbers to creep up.

We’re less optimistic about Saudi Arabia. Saudi student visa issued numbers remained down nearly 60% from 2019 and more than 85% since FY2014, after which the Saudi government tightened eligibility requirements for the popular King Abdullah Scholarship Program.

The recovery of the US student visa numbers has been helped by a notable rise in approval rates. After falling below 70% in FY2020, the F-1 visa approval rate hit 80.2% in FY2021.4

The chart below shows the change over the last nine years:5

The rise in approval rate mirrors a trend we’ve seen in Australia and may reflect a concerted effort by the US government to bring students back to the US. Of particular note, this is well above Canada’s rate of 60% in 2021. Institutions should consider highlighting to prospective students their significantly higher chances of getting approved to study in the US than its neighbour to the north.

While US student visa numbers remain well off their FY2015 peak, the return to 2018 and 2019 levels is extremely good news for institutions. The demand for an American education remains robust around the world, particularly in South Asia, where the US’s rising student visa approval rates are a key selling point and compare favourably with Canada’s. While the numbers out of East Asia are less encouraging, we remain confident that they will continue to recover—though China’s days as the leading source market for US institutions are likely numbered.