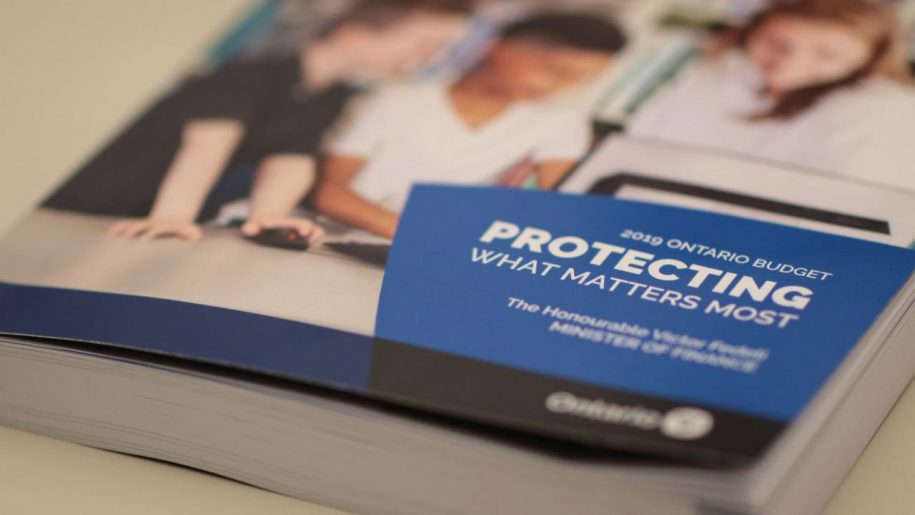 Ontario’s Progressive Conservative government presented its first fiscal budget last week, promising to balance the province’s books in five years. The Ontario budget comes with major changes to the province’s postsecondary sector, especially where funding is concerned. Under premier Doug Ford’s new plan, universities and colleges could lose as much as 60 per cent of their funding if they fall short of performance targets.

The Ontario Confederation of University Faculty Associations (OCUFA) was quick to criticize the proposed changes, noting performance-based funding stands to hurt faculty and students alike. From an outside perspective, it’s hard not to be wary of these education changes, as Ontario universities already receive the lowest per-student funding in Canada. However, one group that stands to benefit is international students, as Ontario universities and colleges may further rely on them to fill funding gaps.

Under the current system, only a small proportion of funding is tied to an institution’s performance (1.4 per cent for universities, 1.2 per cent for colleges). However, these percentages are set to increase dramatically in the next five years. The first year following March 31, 2020 – when the current Strategic Mandate Agreements expire – 25 per cent of funding will be tied to performance. The proportion will then increase by 10 per cent over the following three years and 5 per cent in the final year. This means by the 2024-25 academic year, 60 per cent of funding will be performance-based.

Compounding the issue, it’s still unclear what criteria postsecondary schools will be measured on going forward. Currently, colleges are assessed on 38 metrics, while universities have 28. The province is set to decrease the number to 10, but has yet to reveal what these indicators will be. Combined with a 10 per cent tuition cut for domestic students, colleges and universities will receive $700 million less in funding in the next school year alone – and that’s just guaranteed money.

According to OCUFA President Gyllian Phillips, the PC government’s changes will “create a system of winners and losers, putting education quality at risk for everyone.” This very well may be true, but what is going unmentioned in the discussion around these changes is how international students stand to benefit. We’ve written previously about Canada’s increasing popularity as a study destination and part of the reason is aggressive recruitment. Government grants have stagnated since 2006 and international students have helped fill the gap. The University of Toronto made headlines earlier this year when it was reported the university now receives more revenue from international student enrolment than the Ontario government.

The truth is many of the province’s universities and colleges are in the same boat. Now, with up to 60 per cent of funding tied to nebulous performance criteria, international recruitment stands to become an even bigger priority for universities and colleges. Student quality will also be a major focus, as higher-performing students should help postsecondary institutions meet their funding targets.

Of course, it is entirely possible the education changes introduced by the Ontario budget will negatively impact international students. These students pay significantly more in tuition costs than domestic students and those fees could increase substantially to help offset lost provincial funding. However, as things stand right now, international recruitment is likely to become an even more important revenue driver in Ontario. That’s good news for foreign students looking at Canada as a future study destination.