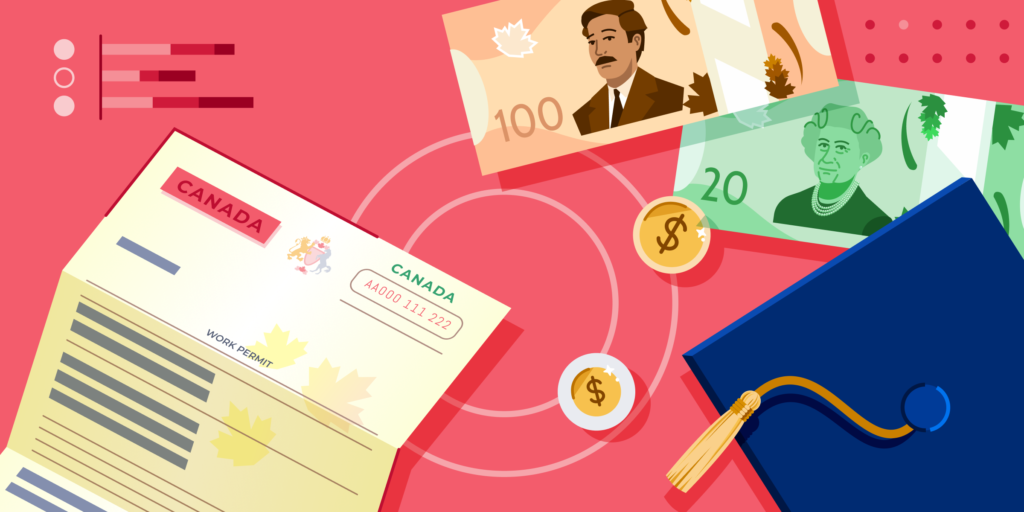 From 2000 to 2019, the number of study permit holders in Canada rose from 122,700 to 638,740.1 This massive spike in international interest is thanks in large part to the popular Post-Graduation Work Permit Program (PGWPP).

The PGWPP provides students who have graduated from a designated learning institution (DLI) with the opportunity to stay and work in Canada post-graduation. Work permit lengths can range from 8 months to 3 years, depending on the length of the program that the student completed. For many international students, the PGWPP serves as a launchpad for their careers.

When I explored the growth of the PGWPP in a blog post last year, I noted that a secondary benefit of the program for international students is the opportunity to start on the pathway to permanent residency (PR) and citizenship. The skilled Canadian work experience that students gain through this program helps them increase their chances of qualifying for permanent residency.2 For students who want to make Canada their home—a dream my brothers and I all once had—the PGWPP is a major stepping stone.

Based on a host of new PGWPP data, I’ll be diving into the numbers and examining the program’s growth across several markets (big and small), its sky-high approval rates, spikes in program interest, and breakdown what this all means for schools.

The number of students participating in Canada’s Post-Graduation Work Permit Program has soared since its inception in the early 2000s. But as we can see from the chart below, PGWPP enrollment has really picked up over the past five years:

So where is this surging growth in PGWPs coming from?

In this case, soaring PWGP numbers can be attributed to both rising student interest and growing international student populations in Canada. The number of new study permits issued between 2015 and 2017 grew at nearly twice the rate as what we saw from 2017 to 2019. Before the 2020 data came in, I chalked the increase in PGWPs up to the large number of study permits issued from 2015-2017. New students who enrolled in those years largely became the cohort of graduates eligible for the PGWPP between 2017 and 2019.

Given the decrease in study permit growth post-2017, I expected PGWP numbers to rise incrementally in 2020. Instead, there was a 24.9% increase in PGWPs issued last year over 2019. Since study permit growth levelled out in 2018—the first enrollment year for students that would be eligible for the PGWPP in 2020—program interest clearly trended upward.

Top Source Countries for the PGWPP

While the top 10 source countries by PGWP ranking all displayed a positive YOY change from 2019 to 2020, only Iran, Morocco, and the Philippines grew more over that period than they did from 2018 to 2019. This indicates that there are several source markets outside of the top 10 PGWP contributors whose students are starting to pursue the PGWPP at a higher rate than ever before.

Whenever I explore data for ApplyInsights, my findings are usually focused on larger source market trends. In this case, I was excited to discover that a significant portion of the growing interest in the PGWPP during 2020 was driven by countries that seldom leveraged the program in years past.

The following table displays the top 10 source countries, ranked by PGWP growth from 2019–2020:4

Only two of the top 10 countries ranked by year-over-year PGWP growth appeared in the top 10 PGWP source countries in 2020. This shows that there is a whole host of new countries with students who are actively leveraging the PGWPP once they graduate.

In 2020, 32 different source countries posted a 25%+ increase in graduates issued PGWPs. This growth is an encouraging and reassuring sign for our recruitment partners and students in smaller source markets all around the world. It shows that committing to studying abroad in Canada can lead to valuable work experience, and potentially PR, regardless of the country of origin’s size. Students who prioritize gaining work experience after graduating and want to explore immigration options should be excited about the diversity within the PGWP program and strongly consider Canadian institutions during their application process.

Next, let’s take a quick look at which source countries experienced the highest rates of PGWP enrollment in 2020 by examining the ratio of issued PGWPs to study permits issued. Since it typically takes students a minimum of two years to graduate from a program and become eligible for the PGWPP, I’ve used 2020 PGWP numbers and 2018 study permit numbers in the table below:

These ratios provide a pretty firm idea of which countries boasted the highest rates of PGWPP enrollment. However, these ratios aren’t exact.5 For reference, the average ratio of PGWP to study permits issued for all countries is 0.47. It’s worth noting that every country on this list is located in Africa or Asia. Students from these countries are clearly targeting Canada as a prime destination for their studies abroad due to the PGWPP and the increased likelihood of gaining PR one day.

You’ll notice a stark contrast between the ratios in the list above and those in the table below. Here are the 10 source countries with the lowest rates of PGWP enrollment in 2020:

Germany and Japan had particularly low ratios of PGWPs to study permits issued. Only a very small percentage of German and Japanese students pursued the PGWPP after finishing their studies.

While these low ratio countries are scattered around the globe, they are all wealthier nations. Students from these countries either have ample work opportunities at home or are able to get a Canadian work permit without a Canadian education, so it’s not surprising to see low PGWP enrollment numbers

Perhaps the most encouraging takeaway from reviewing this data was the sky-high PGWP approval rates for graduates from all source countries.

Since 2017, the PGWPP has seen at least a 95% approval rate each year, with the highest-ever approval rate coming in 2020, when 98% of PGWP applications were approved.

This is particularly impressive given that more PGWPs were issued in 2020 than in any previous year.

When I shared this news with Khaled El Hennawy, ApplyBoard’s Director of Sales in the Middle East and Africa, he was elated. He said, “This is excellent, very motivating data for recruitment partners and students to understand the future possibilities for both employment opportunities and immigration, based on these very high approval rates.”

Schools should also be excited about these numbers. I recommend that Canadian institutions leverage the PGWP to PR pathway value proposition, in addition to their strong academic offerings, when targeting students from growing source countries.

Students coming from countries with the highest ratios of PGWP enrollment are likely to be very interested in the post-graduation benefits that come with attending a Canadian school.

Students from all around the world have shown a growing appetite for gaining work experience in Canada. With an acceptance rate of 98% last year, the PGWPP provides students with an extremely promising opportunity to work in Canada after graduation. The PGWPP is a critical factor driving the growth of Canada’s international education market–not just for larger source markets like India and China, but also emerging countries such as Nepal and Nigeria.

This is encouraging news for students alongside the discovery that permanent residents who acquired a study permit before gaining PR, have higher incomes on average than those who don’t.

The most recent PGWP data gives students, recruitment partners, and schools a reason to be excited. Everyone who is part of Canada’s international education sector, or who is considering studying in Canada, should note the following takeaways:

FOOTNOTES:1. Data Source: IRCC.2. Three years of Canadian work experience is worth 64 points under Express Entry’s Comprehensive Ranking System (CRS), which is used to score the profiles of Express Entry candidates and determine their rank in the pool.
3. The amount of study permits issued in 2020 was drastically lower than 2019 due to the global pandemic. As a result, we have omitted 2020 data from this comparison.4. Minimum of 100 PGWPs issued in 2020.5.This approximation doesn’t take into account the average length of Canadian study for students from each country or the rate of attrition for study permit holders.

216
SHARES
Share on WhatsappShare on FacebookShare on TwitterShare on Linkedin