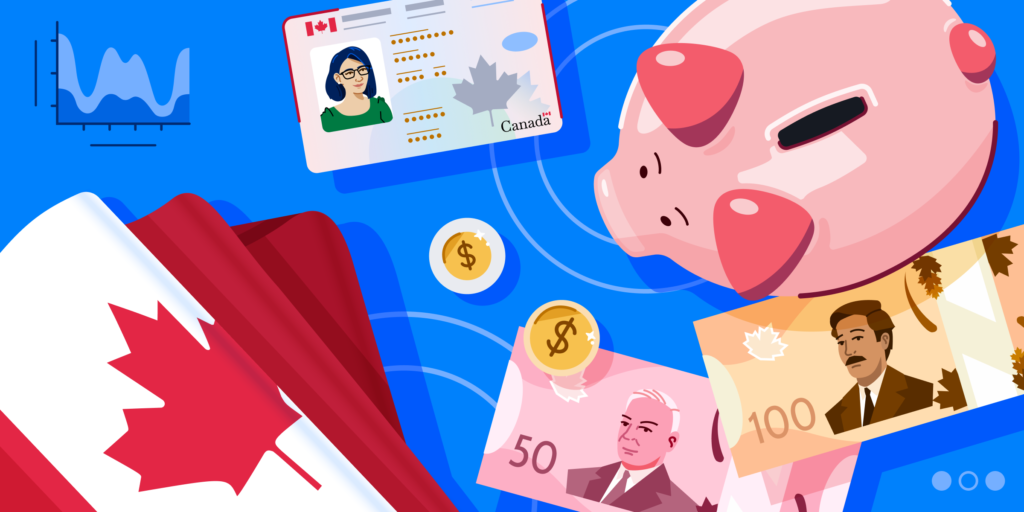 While some international students plan to return home after they complete their studies, many consider studying abroad as the first step in their permanent residency (PR) journey. For those who go on to become permanent residents, their time as international students can provide invaluable skills and experiences which help them succeed in their careers and in their communities.

First, I’ll take a look at pre-PR permit trends among new permanent residents over that period. Then I’ll examine average permanent resident incomes over time, and how different pre-PR experiences influence long-term earnings. Finally, I’ll dive into income and employment trends for individuals who immigrated to Canada as children compared to Canadian citizens.

The data I’ll be referencing in this article comes from Statistics Canada’s Longitudinal Immigration Database (IMDB). Because this database combines immigration and tax filing information,3 it helps to provide a clear picture of permanent resident outcomes long-term.

In 2008, nearly 160,000 teenage and adult immigrants were granted Canadian permanent residency.4 Of this population, 14.1% received pre-PR work permits. By comparison, 3.5% of these residents received study permits and 5.2% received both work and study permits prior to admission.

The chart below shows the number of new permanent residents per year6 who received work, study, or both work and study permits before they were accepted for PR between 2008 and 2017:From 2008 to 2017, the number of new permanent residents with both study and work permits pre-PR increased by 300%. Of the more than 205,000 new permanent residents in 2017, 16.5% both studied and worked in Canada prior to receiving PR. This sizable increase is likely linked to increased international student interest in Canada’s Post-Graduation Work Permit Program (PGWPP). In 2016 alone, over 50,000 new PGWPs were issued to students looking to work and remain in Canada after they completed their studies.

Research has shown that international students are less likely to be employed while studying, which can impact employment rates post-graduation. However, Canada’s PGWPP allows students to get valuable post-graduation work experience and thus increase their employability.

Find out more about working while studying abroad, or check out our blog post on post-secondary employment for international students.

The boom in international students who go on to secure work permits is a great sign for students considering Canada as a study abroad destination. Why? Because immigrants who secure both study and work permits prior to becoming permanent residents are statistically more likely to earn higher wages than any other permanent resident group.

According to the graph above, new permanent residents with pre-PR study permits had a lower average income. However, it is important to note that this group includes youth aged 15-18 who may have reported minimal income. As well, the data contains post-secondary students who would have reported scholarships and school funding as income. Even so, the average income for pre-PR study permit holders exceeds the average for all new permanent residents from a given year within ten years.

According to a 2019 WES report, immigrants are more likely to be overqualified9 for their jobs than their Canadian peers. According to the 2016 census, immigrants were overqualified for their work in 30.9% of cases, compared to 9.3% of the time for Canadian-born individuals. One of the major roadblocks for immigrants looking for appropriate work is a lack of knowledge among employers about foreign education and employment credentials.

But immigrants with pre-PR experience as students or temporary workers also showed strong employment advantages over other immigrants. The report showed that immigrants with Canadian work experience were 240% more likely to be employed than those who immigrated through other economic PR categories. It also outlined that pre-PR work and studies helped older immigrants maintain their career level and industry after migrating.

International students have been called “ideal immigrants” by Canadian federal and provincial governments, given that these students are “well positioned to immigrate to Canada as they have typically obtained Canadian credentials, are proficient in at least one official language, and often have relevant Canadian work experience.”

We can see that adults and young adults who study abroad in Canada before becoming permanent residents are highly employable—and successful. This is especially true for those who are able to obtain a work permit before securing permanent residency. But studying abroad is not just beneficial to international students. Children who immigrate with their international student parents are also very successful, often attending post-secondary studies and gaining higher employment income.

Completing post-secondary studies is a key factor in increasing long-term earning potential and career opportunities. The following chart shows the median employment income of the same tax filers detailed in the post-secondary education chart:Tax filers who immigrated to Canada as children and were 18 to 24 years old in 2018 made slightly less money, on average, than the general Canadian population. However, for the population of individuals in their mid-20s, the immigrant population was more likely to have higher employment income. The immigrant tax filers earned more employment income than the national average for all age groups 27 and above in 2018.

This data does not fully capture the lived experiences of every international student who has become a permanent resident. Many academics and researchers have dedicated significant time to evaluating the post-graduation success of international students. There are complex, competing factors that can significantly influence each student’s journey abroad.

But students considering studying abroad in Canada should take note of the huge benefits of post-secondary study and post-graduation employment in Canada. The PR pathway provided by Canadian study and work permits can lead to stable employment, higher income, and long-term success for students and their families.

My brothers and I can attest to the value of a Canadian education and how incredible it is to be part of Canada’s growing economy. We can also attest to the strength of the entrepreneurial spirit among international students. Many international students who can’t find a job create their own, driving Canada’s startup ecosystem and creating a brighter future for the next generation of Canadian citizens and immigrants.

With the growing popularity of the PGWPP, along with Canada’s world-leading vaccination rates, there’s never been a better time to study in Canada. Next month, I’ll be covering PGWPP trends and statistics in 2020 in more detail. Stay tuned!

1. Pre-PR captures the period before the individual was granted permanent residency.

4. Based on the total number of new permanent residents aged 15 and older who were accepted in 2008 and who filed taxes to the CRA in 2009.

5. Based on the total number of new permanent residents aged 15 and older who were accepted in 2017 and who filed taxes to the CRA in 2018.

6. Based on the total number of new permanent residents aged 15 and older who were accepted in that year and who filed taxes in the next fiscal year.

8. All Canadian dollar values in this article are presented in 2018 Canadian constant dollars, unless otherwise specified. This allows for uniform comparison of employment income values across multiple years without further adjustments required for inflation.

9. Overqualified is defined in the WES report to mean immigrants who had university education but were working in positions requiring only high school or on-the-job training qualifications.

11. Based on the tax filer including tuition fees paid as part of their tax submission for the 2018 tax year.

373
SHARES
Share on WhatsappShare on FacebookShare on TwitterShare on Linkedin