ApplyInsights: The Impact of COVID-19 on the International Student Market in Canada 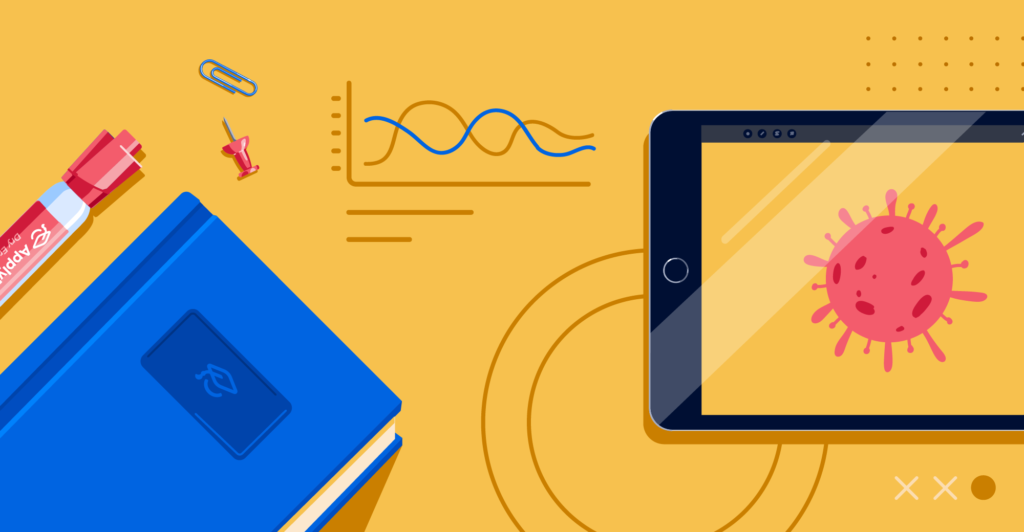 In this edition of ApplyInsights, I’ll be looking at the impact the COVID-19 pandemic has had on the international student market in Canada. Back in August, ApplyBoard conducted a survey of over 500 recruitment agents on how the pandemic has affected their business. Today, we’ll be examining data from the school side, looking at just how much enrollment numbers have declined in 2020.

Instead, we saw 92,954. That’s a 25% reduction in the number of study permits issued. If we assumed 14% growth in the market between 2019 and 2020—in line with the growth we saw over the previous two years—we would expect 145,000 study permits to be issued through June. Using this model, 35% fewer study permits than expected were issued in 2020.

The Impact of COVID-19 in Canada by Study Level

Let’s examine this data by study level, breaking it down by new study permits and extensions. We’ll start with the post-secondary sector.

During the first six months of 2020, 83,306 students received study permits or extensions for post-secondary studies in Canada.

The following chart shows the breakdown of new permits and extensions for the post-secondary sector:

Unfortunately, data on the distribution of new study permits and study permit extensions across the two halves of the year isn’t available. However, with the post-secondary academic year in Canada typically running from September to April, we can infer that a large proportion of extensions are processed in the first half of the year. Students either complete their programs and decide to pursue additional study, or they recognize that they won’t be able to complete their studies by the date specified on their study permit and apply for additional time.

Even taking this into account, it’s clear that there was a much more significant drop in new permits than extensions in the first half of 2020—exactly what we might expect to see in a situation where international travel was limited. International students who were already in Canada appear to have largely decided to continue their studies, either in Canada or online from their home country, while many students who might otherwise have gone abroad elected to defer their plans.

IRCC’s Other Studies designation includes a number of different cases, such as students taking language training programs, students enrolled in Quebec-specific vocational programs, and spouses of international students that hold a study permit themselves.

It’s not clear why Other Studies programs would have more resilient study permit numbers than post-secondary studies. One possibility is the spousal component. If more families moved ahead with their work and study abroad plans despite the pandemic, the numbers for spouses of students issued study permits might hold up better than the overall statistics, helping the Other Studies numbers.

Looking to the Future

It’s easy to get discouraged looking at these numbers, and it’s true that international student enrollment in Canada has been hit hard by the COVID-19 pandemic. But as I’ve mentioned in previous articles, there’s cause for optimism about the Canadian international student market for a number of reasons:

Thanks to proactive interventions by schools and government and hard work and commitment throughout the industry, the international education landscape in Canada looks better today than at any point since the onset of the pandemic. I’m confident that things will continue to improve despite the ongoing public health challenges, and I hope the numbers I’ve shared today will provide valuable additional context as we all continue to work together to drive student success in this difficult time.

Keep an eye on ApplyInsights for more on this critical topic in the coming weeks.

134
SHARES
Share on WhatsappShare on FacebookShare on TwitterShare on Linkedin