By their very nature, superheroes are aspirational figures. The incredible feats of characters like Superman and Spider-Man inspire us and even help us cope with adversity in our own lives. However, for all their accomplishments, many superheroes live modest lives at least some of the time. They work day jobs, raise families… and even go to school.

In fact, some of the most popular superheroes have impressive educational backgrounds and most of them went to real schools you could attend yourself!

Black Panther a.k.a. T’Challa is not only a university graduate—he’s a former international student!

Born in the isolated but advanced fictional African nation of Wakanda, T’Challa travelled to America and Europe as a teenager to attend school. Eventually, he enrolled at England’s prestigious Oxford University, where he earned a PhD in Physics.

Interestingly, the late Chadwick Boseman, who portrayed Black Panther in the Marvel Cinematic Universe, attended a summer theatre program at Oxford during his university years. To participate in the program, Boseman received financial assistance from a scholarship co-run by none other than actor Denzel Washington!

Tony Stark a.k.a. Iron Man is regarded as one of the smartest characters in the Marvel universe, so it comes as little surprise that he graduated from the top-ranked university in the United States.

That’s right, Stark is a Massachusetts Institute of Technology (MIT) graduate, a fact MIT clearly embraces (the university refers to Stark as their “greatest fictional alumnus”). The MIT connection even carries over to film, as Robert Downey Jr.’s Tony Stark can be seen wearing his school ring (dubbed the Brass Rat) in multiple scenes in Iron Man (2008).

As for what Stark studied at MIT, the details are a bit scarce. In the comics, Stark earned two master’s degrees in engineering by age 19, although there are conflicting sources that say he received doctorates in engineering physics and artificial intelligence. Whatever the case, there’s little doubt Stark’s MIT education helped put him on the path to becoming a genius, billionaire, playboy philanthropist… and of course, Iron Man!

The Hulk is a hero who often chooses brawn over brains. However, his alter ego is one of the smartest, most well-educated characters in the Marvel universe.

Before he became the Hulk, Dr. Bruce Banner studied at numerous American institutions. He first studied nuclear physics at the fictional Desert State University before transferring to Harvard University and later Pennsylvania State University. Along the way, he struck up a scientific rivalry and close friendship with fellow scientist Tony Stark before obtaining his doctorate in nuclear physics at the California Institute of Technology (Caltech).

Interestingly, Mark Ruffalo’s Bruce Banner is much more educated than his comic book counterpart, as he mentions in Thor: Ragnarok (2017) that he has seven PhDs!

Daredevil, a superhero in the Marvel universe, is best known for being a blind crimefighter with a strong sense of justice.

Daredevil’s strong moral code stems from his alter ego Matt Murdock’s religious faith and his training as a lawyer. As anyone who’s watched the popular Netflix TV series knows, Murdock’s law career is an important part of his life. Of course, he wouldn’t be able to practice law without an education! It turns out Daredevil is an Ivy League graduate, as he got his law degree from New York’s Columbia Law School.

Lacking any actual superpowers, Bruce Wayne a.k.a. Batman overcomes his enemies with resourcefulness, superior intellect… and a whole lot of money.

Of course, you don’t become the “World’s Greatest Detective” without some form of higher education. As it turns out, Bruce Wayne is a Yale graduate, with a degree in law. This biographical detail is championed by Yale Alumni Magazine, which has published several articles over the years on the topic.

Unfortunately, the comics haven’t done a great job of covering this part of Bruce Wayne’s life, as the only evidence of his Yale education is a single panel in Detective Comics #439 (1974). Interestingly, the Batman movies took a different approach, as Dark Knight trilogy director Christopher Nolan confirmed that Christian Bale’s Bruce Wayne is a Princeton dropout.

The Incredible Hulk’s female counterpart, Jennifer Walters, is actually the cousin of Bruce Banner. A passion for education clearly runs in the family, as Jen is a college graduate just like her cousin. When she’s not busy saving the world as the superstrong She-Hulk, Jennifer Walters is a private attorney in Los Angeles. She has a law degree from the University of California, Los Angeles (UCLA).

Before he became the Sorcerer Supreme, Doctor Stephen Strange was a highly-regarded surgeon in New York City. Unsurprisingly, he has a lot of education under his belt (er… robes?). In fact, Strange studied medicine at New York’s Columbia University. According to the Marvel Wiki, Strange earned his degree in record time and had a five-year residency at New York Hospital. By the time he was 30, Strange was a wealthy neurosurgeon.

While details about Captain Marvel a.k.a. Carol Danvers’ education are sparse, her story of overcoming adversity is still inspiring.

As detailed in the 2019 film Captain Marvel, starring Brie Larson, Carol Danvers was an Air Force pilot before she gained her superpowers. However, what the film doesn’t tell us is that Carol only joined the Air Force as a way to pay for college. Although she had excellent grades and was her high school’s valedictorian, her family didn’t have enough money to send Carol to college. After joining the Air Force, Carol rose to the rank of Major. However, it’s unclear which school she attended or whether or not she graduated.

Unlike most superheroes, education is a heavy focus of Spider-Man a.k.a. Peter Parker’s story.

In the current film series starring Tom Holland, Peter is a high school student struggling to balance his superhero life with his studies. Peter is a gifted student and in the comics, he earns a science scholarship to Empire State University. While ESU isn’t real, it’s heavily based on two of New York City’s best universities, Columbia University and New York University.

Despite some delays, Peter eventually earned a graduate degree in biophysics and his doctorate in biochemistry. In the movies and comics, Spider-Man puts his education to good use, as he is often shown inventing his own weapons and gadgets. Basically, Spider-Man shows just how much you can do with a STEM education! Just don’t go thinking you’ll be able to swing from tall buildings …

Interested in studying at a university or college like your favourite superhero? Explore top schools on ApplyBoard!

742
SHARES
Share on WhatsappShare on FacebookShare on TwitterShare on Linkedin
Tags: 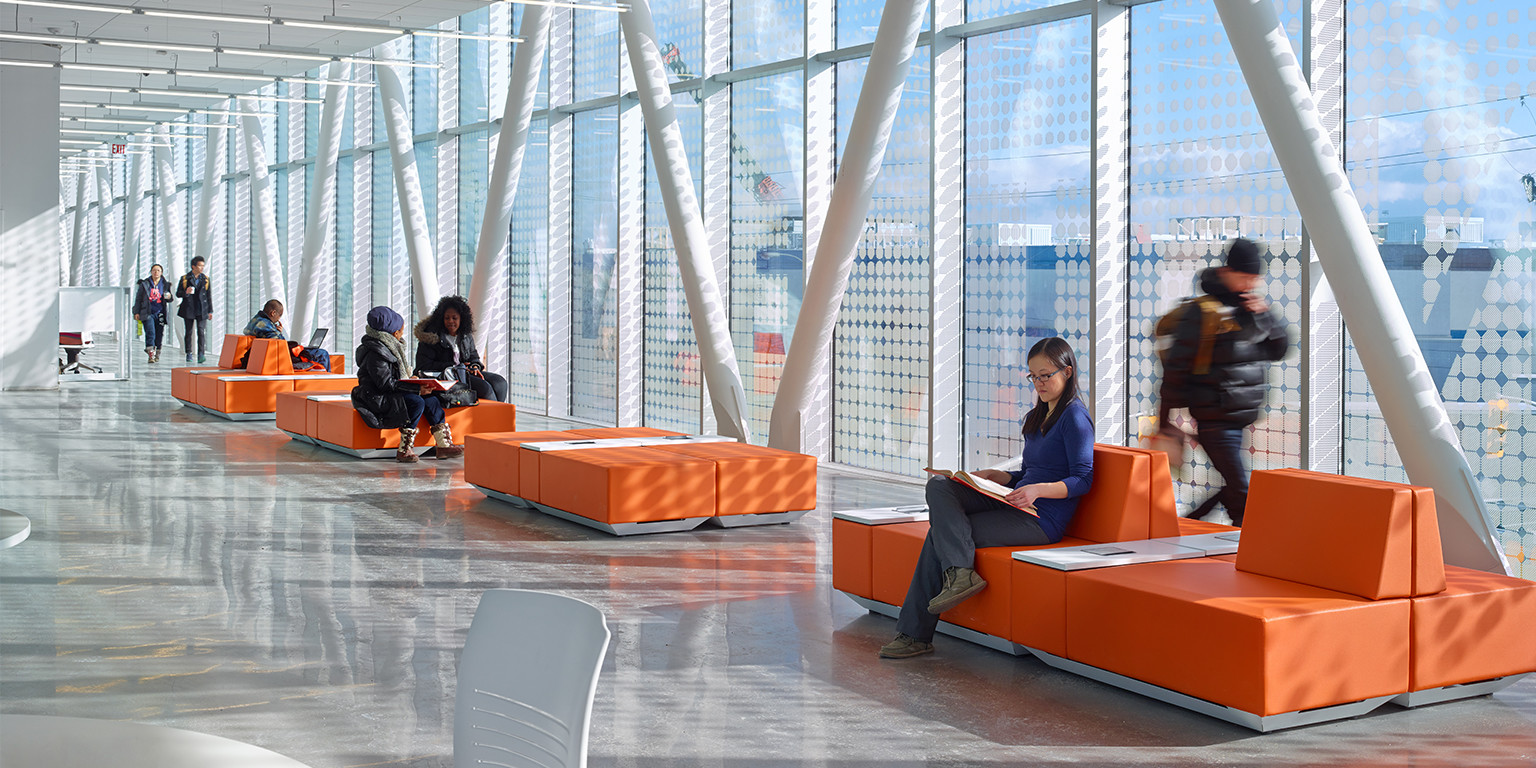 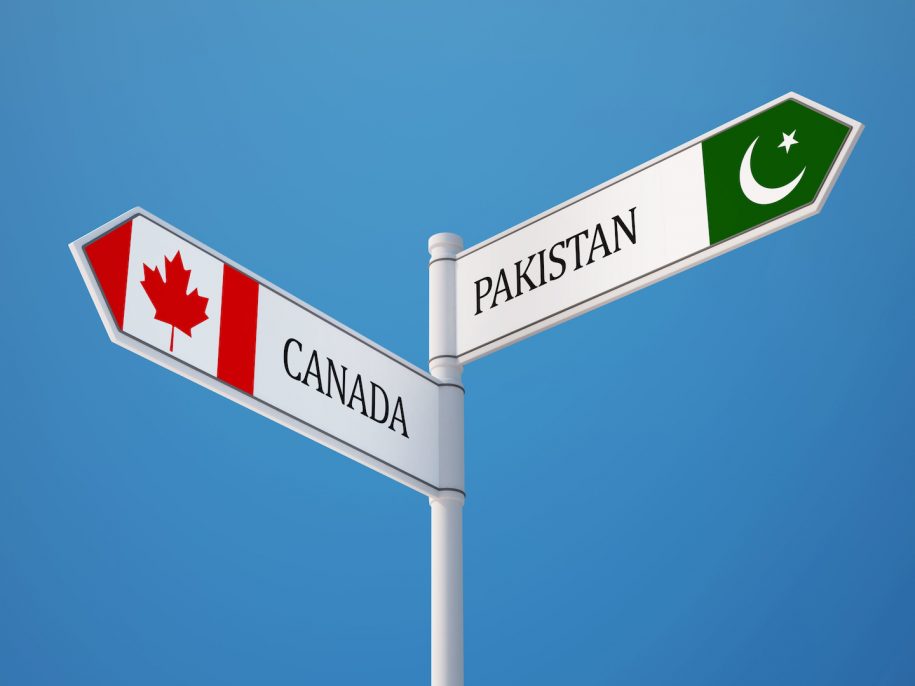