5 Most Expensive Cities in Canada to Study In

Canada has no shortage of world-class study destinations. However, many international students may not know how expensive living costs can get in the country’s major cities. From tuition and rent to your morning cup of coffee, there are some cities where you can expect to pay a lot more for pretty much everything than in other parts of Canada.  If you’re looking to study in Canada and want to cut costs, you may want to avoid the following five cities, which rank as some of the most expensive cities in Canada.

Canada’s capital ranks just behind Calgary as Canada’s cleanest city. Ottawa boasts beautiful views of the Ottawa River, stimulating galleries and museums, and renowned universities such as Carleton and The University of Ottawa. With everything it offers, it’s no surprise Ottawa is one of Canada’s top education destinations. Its reputation comes at a cost, however, as Ottawa may put a strain on your wallet. According to information gathered by PadMapper, the cost of rent for a one bedroom apartment in 2019 is $1,250 and $1,550 for two bedrooms. That being said, living and studying in Canada’s capital is practically a bargain compared to the country’s most expensive cities.

In comparison to Vancouver, British Columbia’s capital city looks positively affordable. Home to The University of Victoria and Royal Roads University, among others, Victoria is one of the oldest cities in the Pacific Northwest. It also consistently ranks as one of the world’s best cities for quality of life. While it’s true you will pay by studying in “The Garden City” over Vancouver or Toronto, Victoria is still one of Canada’s most expensive cities to live in. The average monthly rent in 2019 for a one bedroom apartment is $1,390 and $1,590 for a two bedroom apartment, both of which are higher than the national average.

There was once a time when Montreal enjoyed a reputation for being the cheapest major city in Canada. While Canada’s second most populous city is cheaper than Toronto or Vancouver, it’s still one of the country’s most expensive study destinations for international students. Located in the predominantly French-speaking province of Quebec, Montreal is one of Canada’s most bilingual cities (over 59% of the population are fluent in both English and French). It’s also the second-largest primarily French-speaking city in the world, after Paris, France.

Montreal is home to many excellent schools including McGill University, one of Canada’s very best post-secondary schools. Overall, Montreal is a great destination for students looking to study in a vibrant, architecturally-diverse city centre. However, the city’s high living costs ($1,500 average for a one bedroom apartment; $1,780 for two bedroom) could be a deterrent for those seeking a more affordable alternative to UofT or UBC.

No list of the most expensive cities in Canada would be complete without Vancouver. With its breathtaking scenery, mild climate, and booming film industry, Vancouver is one of North America’s most idyllic cities — if you can afford it. In recent years, Vancouver has become infamous among Canadians for its astronomically high cost of living. Renters can expect to pay an average of $2,130 per month for a one bedroom apartment, with the price climbing to an absurd $3,230 for two bedrooms.

Although living costs are steep, Vancouver continues to be one of Canada’s top destinations for international students.  The high standards of education offered by schools like The University of British Columbia and Simon Fraser University (located in nearby Burnaby) are hard to pass up! Vancouver’s diverse population and ample work opportunities have also helped solidify the city’s reputation on the world stage. If you can swing it, Vancouver is one of Canada’s best study cities. However, it all comes at a price that may be too high for many students.

Topping the list of the most expensive cities in Canada is Toronto, Ontario. Toronto is known for its diversity, ample job opportunities, and world class universities. Unfortunately, Toronto’s status as one of North America’s best cities comes at a price. The city’s competitive housing market has made it difficult and expensive for many to find affordable rent. According to PadMapper, the average monthly rent for a one bedroom apartment is $2,260, while two bedrooms go for a whopping $2,850. Despite these high costs, Toronto remains a top destination for international students who feel the benefits of attending schools such as York, Ryerson, and The University of Toronto outweigh the financial strain.

Still interested in studying in one of the most expensive cities in Canada? Start your free account with ApplyBoard and let us help you with the application process! 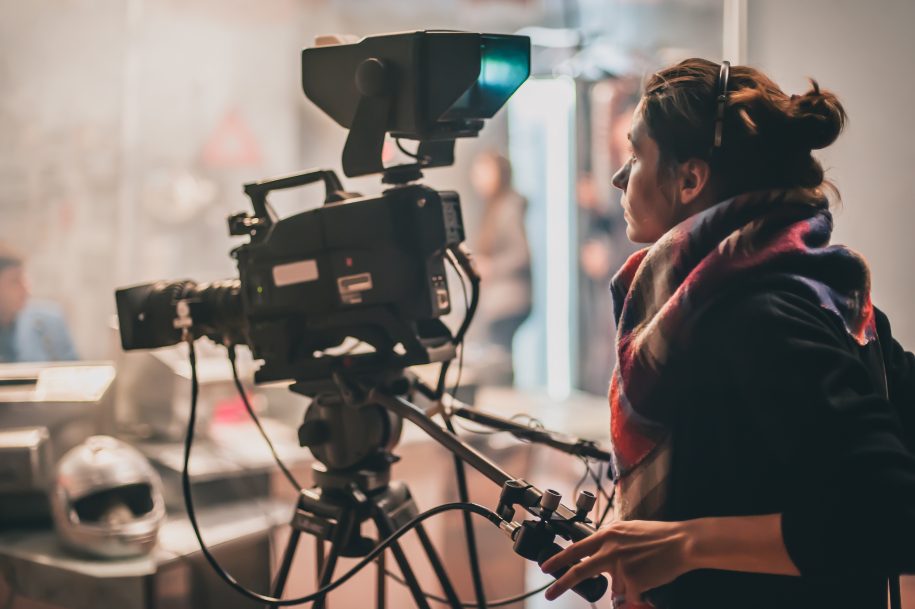 5 Most Popular Film Schools in Canada