As vaccination rates rise around the world, institutions in major English study abroad markets are developing plans to rebuild their international student populations post-pandemic. Many institutions are using this opportunity to evaluate emerging source markets and to make decisions about key market focuses in the coming months. One market that has shrunk in recent years, but could be poised for a strong resurgence post-pandemic, is Saudi Arabia.

In today’s ApplyInsights, I’ll be diving deep into the Saudi Arabian market. I’ll first provide an overview of the Saudi student market and the main reasons Saudi students study abroad. Next, I’ll cover Saudi student trends in Canada, the US, the UK, and Australia over the past five years, including the top destination markets and most popular fields of study. Finally, I’ll give my thoughts on potential future growth in the Saudi market and the factors that will influence Saudi recruitment in the years to come.

Let’s start by taking a look at demographic and educational trends in Saudi Arabia.

Saudi Arabia is the most populous country in the Gulf Cooperation Council (GCC). By the end of 2019, Saudi Arabia’s population exceeded 34 million, with around 5 million citizens between 15 and 24 years old and over 8 million citizens 14 years old or younger.1 This large population of students is highly motivated towards post-secondary education, especially male students. In Saudi Arabia, studying abroad is one of the key initiatives and methods used to build the capacity of Saudi youth and improve businesses and industries when they return home. Saudi students rarely look to stay abroad after they complete their education.

Saudi students used to begin English language classes in school when they were around 10 years old. But the Kingdom recently announced that English education will now begin when students are six to seven years old. This will provide students with better English skills by the time they reach post-secondary, meaning Saudi students may not have to complete English proficiency courses prior to enrolling abroad. Earlier English language education will not only make Saudi students more competitive for international institutions, but it will also reduce the cost of their study abroad journey, enabling the Saudi government to support more students.

In order for their international education to be recognized in Saudi Arabia, students must enroll at institutions which have been accredited by the Saudi Ministry of Education (MoE). The Saudi MoE only accredits universities for Saudi student enrollment. Any Saudi students looking to attend college or language study programs must do so as part of a broader education plan that includes undergraduate- or graduate-level studies at an accredited institution.

In nearly all cases, Saudi students who study abroad do so under the King’s Scholarship Program (KSP). First established in 2005, the KSP has several scholarship tracks, of which the largest is the Path of Excellence. The Path of Excellence track was launched in October 2020, in accordance with the Kingdom’s major development plan, Vision 2030. Saudi students without government scholarships study abroad through self-funding, or with the support of their employer.

Path of Excellence scholarship funds are comprehensive, covering the student’s tuition and living expenses, as well as similar expenses for their spouse. However, Path of Excellence scholarships are exclusively offered for university-level studies. Additionally, scholarships are only open to students offered unconditional acceptance at institutions accredited and listed2 by the Saudi Ministry of Education within specified fields of study. At each institution, and within each field of study, there are limited scholarships available per year. For 2021, of the 19 specialities approved for scholarship funds, eight are already at capacity.3

Saudi students typically attend institutions accredited by the Kingdom’s MoE. This accredited list is often further specified by current Pathway of Excellence scholarship offerings. This means that Saudi enrollment at institutions in a given country can be highly dependent on international relations between the Saudi government and the destination country.

To get a better sense of where Saudi students have studied abroad over the past five years, let’s dig a little deeper into the major English destination markets.

The United States has long been the top destination market for Saudi nationals. From 2005/06 to 2015/16, after the founding of the KSP, there was a surge of Saudi student enrollment and US institution accreditation.4 The US has benefited from the most exhaustive list of accredited institutions, largely due to the Kingdom’s MoE focus on accrediting institutions seen as prestigious or internationally well-regarded.

The chart below shows the number of Saudi students enrolled or working in the US between the 2016/17 and 2019/20 academic years:In 2016/17, over 50,000 Saudi students were enrolled or working in the US. By 2019/20, this number fell to just over 30,000, a decline of 41.2%, largely due to changes in KSP eligibility criteria. This led to significant declines in the undergraduate market, which decreased by 48.2% from 2016/17 to 2019/20. Within the US market, the top three destination states for Saudi students in 2019/20 were Ohio, Florida, and Pennsylvania. Saudi nationals were also among the top five largest international student populations in 11 states in 2019/20.

Australia’s popularity as a destination market for Saudi students spiked in 2018/19 before falling in 2019/20 due to the pandemic.7

The most popular fields of study for Saudi students were consistent throughout these four destination markets over the past few years. This is largely because of specifications of Path to Excellence scholarships. Since most Saudi students return home after university, eligible fields of study are based on in-demand sectors in Saudi Arabia and according to Vision 2030.

The current iteration of the King’s Scholarship Program is set to expire this fall. It’s very likely that before that happens or shortly thereafter, the Saudi government will launch a renewed scholarship program. In line with the Crown Prince’s strong support for the Kingdom’s Vision 2030, it is widely expected that the new program will be expanded to offer greater support for more Saudi students to study abroad. Any such changes, coupled with the large post-secondary student population in Saudi Arabia, could lead to high Saudi student mobility post-pandemic.

I expect Saudi students will once again focus on the US and the UK as primary destinations post-COVID. Further, the UK government has identified Saudi Arabia as a key growth market. The UK government announced in February 2021 that Sir Steve Smith, the UK’s International Education Champion, would focus on growing export opportunities in Saudi Arabia. There’s good news for the Australian market as well. In 2021 the Saudi Ambassador to Australia said he expects that Australia will see many Saudi students head to Australia post-pandemic. Finally, there is general sentiment in the industry that some Canadian institutions will be accredited for the next Saudi scholarship. If this happens, Canada may see a resurgence of Saudi students, potentially seeing a return to 2017 numbers.

Another major factor that will influence how many Saudi students study abroad is the ongoing development of Saudi Arabia’s university ecosystem. The Kingdom has been actively recruiting scholars and professors to develop strong graduate programs that not only keep Saudi students at home, but also draw in international students from other key markets such as Egypt and Jordan.

Recently, the Saudi government has also focused on developing a sustainable undergraduate system and market, with capacity to recruit internationally. As part of Vision 2030, the Saudi government is trying to invigorate their domestic market through innovations that move away from a single commodity (oil) economy.

“Saudi Arabia has made significant investments into higher education of its students for more than a decade, which has resulted in the expansion of excellent institutions inside the country,” says Feridun Hamdullahpur, president and vice-chancellor at the University of Waterloo. Hamdullahpur is also a member of the King Abdulaziz University International Advisory Board, and he has significant experience with the Saudi Arabian post-secondary education sector. “That being said, as the country continues to ramp up its talent and knowledge capacity, Canada and other top destination countries will continue to be a natural place for many of Saudi Arabia’s talented youth in order to receive a world class education.”

For accredited institutions, the Saudi Arabian market could be a strong source of international students post-pandemic. Those looking to get ahead of increased competition post-pandemic should:

2. Not all accredited institutions are part of the scholarship eligibility list.

4. All US figures include undergraduate, graduate, and non-degree programs, as well as students enrolled in the Optional Practical Training (OPT) program. All enrollment numbers are calculated based on academic year. US data courtesy of the Institute of International Education (IIE).

6. All UK data is based on total enrollments per academic year. UK data courtesy of the Higher Education Statistics Agency (HESA).

7. All Australian data courtesy of the Australian Department of Education, Skills, and Employment (DESE).

9. Canadian statistics used in this article are for new study permits only. All such data courtesy of Immigration, Refugees and Citizenship Canada (IRCC).

10. English as a Second Language (ESL) in Canada and English Language Intensive Courses for Overseas Students (ELICOS) in Australia. 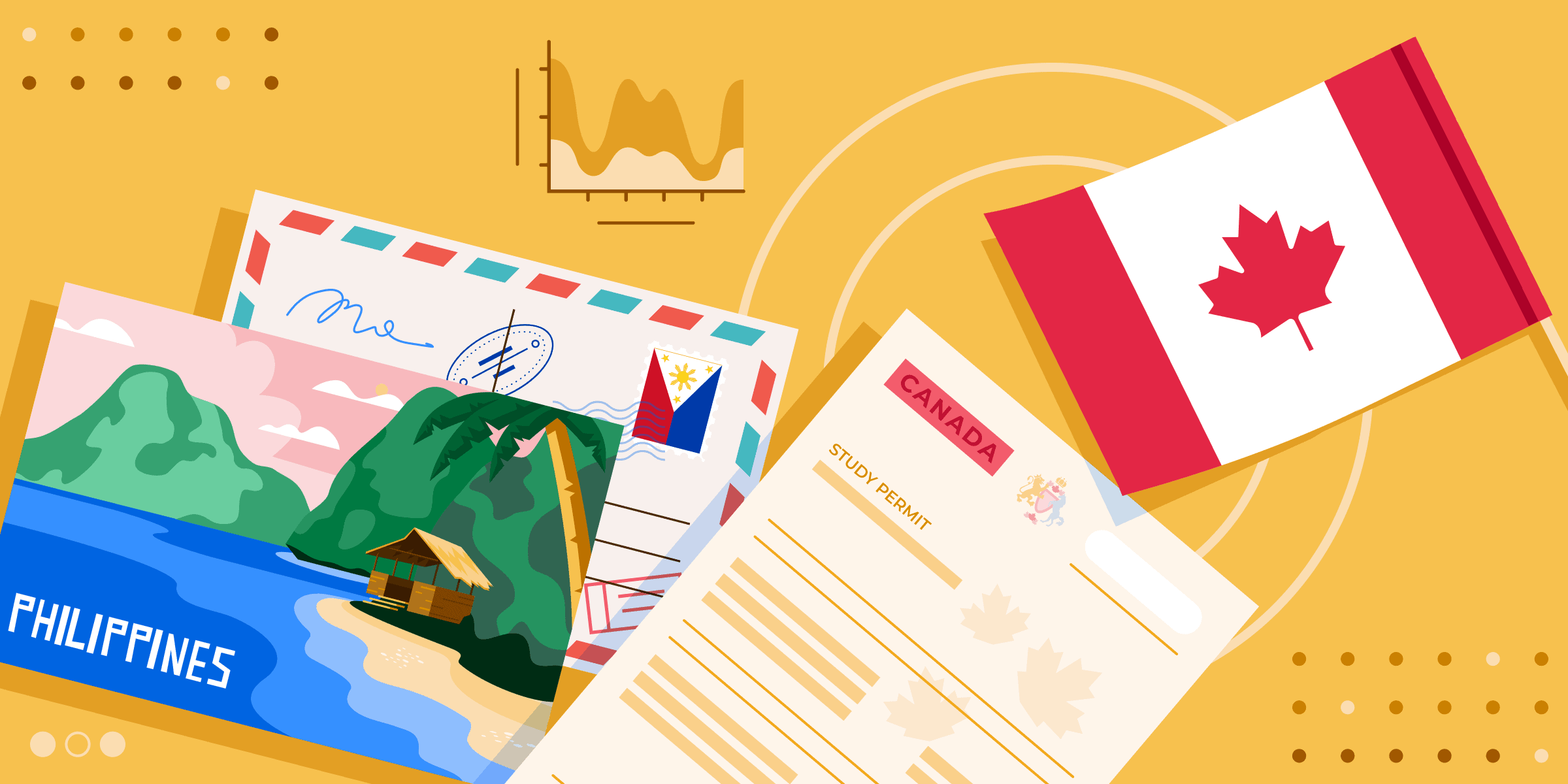 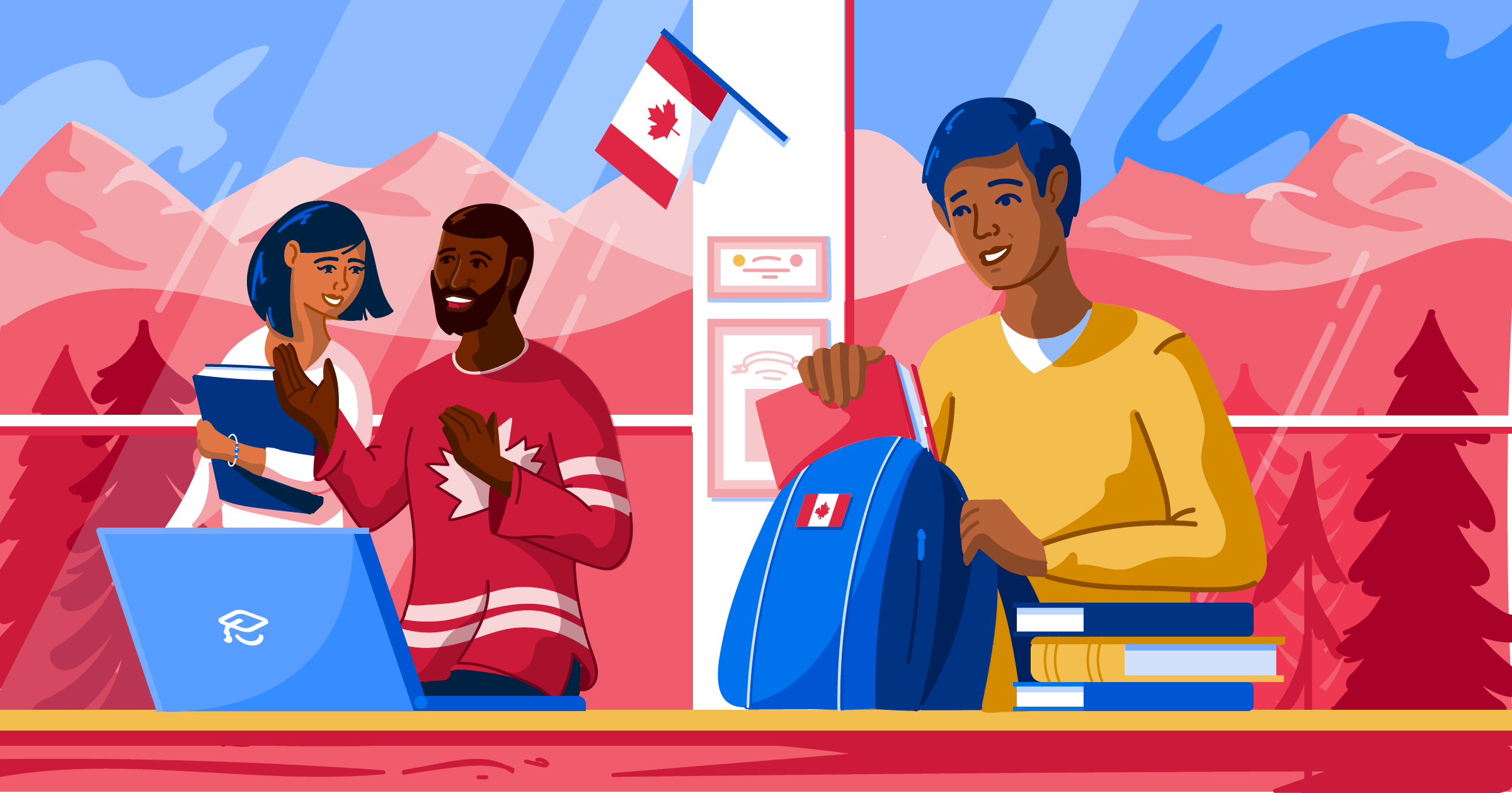 Got the Offer! Now What?: How Canada Is Supporting International Students in Fall 2021 and Beyond