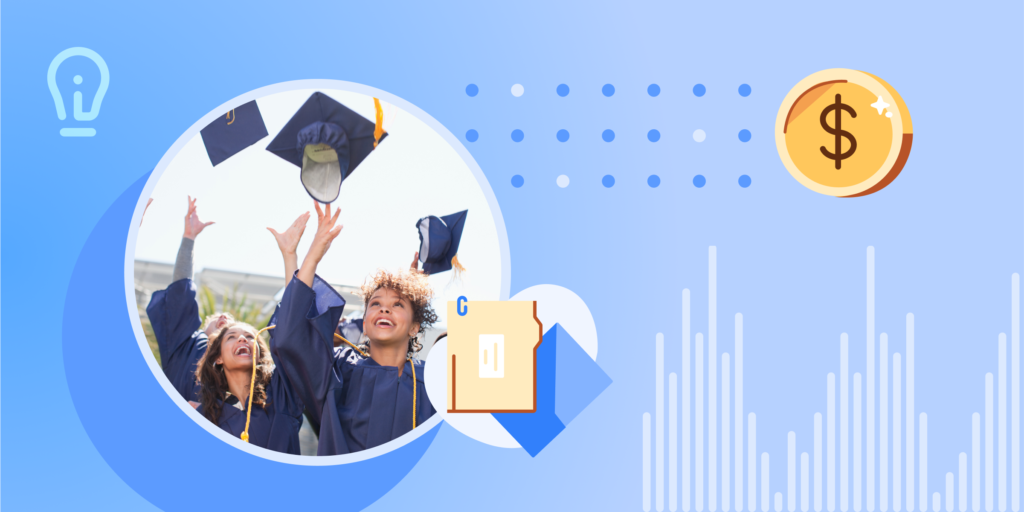 Today, we’re diving into newly released IRCC data detailing PGWP trends in all of 2021. We’ll unpack the numbers, discuss the growth of the PGWPP over the past six years, and highlight the Canadian institutions producing graduates who heavily pursue PGWPP opportunities. Let’s get into it.

The PGWPP’s Rapid Growth Since 2016

The PGWPP gained little traction during its infancy, but we’ve seen particularly explosive growth over the past six years:

The Canadian government issued more than twice as many PGWPs in the first 10 months of 2021 as in all of 2016.1 That’s an astonishing number on its own, but it’s even more impressive when we account for the fact that there’s an additional two months of data still to come.

While it’s difficult to project the ripple effect COVID-19 will have on the PGWPP, this steady growth trajectory is a strong indication that PGWP interest will continue to move in a positive direction.

As little as six years ago, students pursuing PGWPPs skewed heavily towards college (diploma) and university (undergraduate) graduates. In 2016, one in every two PGWPPs were issued to students at these study levels.

Let’s examine what the PGWP study level distribution has looked like since 2016:

In 2016, university graduates carried the PGWPP approvals, as bachelor’s and master’s students accounted for over 50% of all PGWPPs. College diploma and certificate holders accounted for four of every 10 PGWPPs issued in the same year.

Today, PGWPP distribution looks incredibly different. In 2021, college graduates accounted for the largest share of PGWPPs issued across all study levels, at nearly 50%, while an additional 15% of PGWPPs were approved for college certificate holders.

Meanwhile, the share of PGWPPs going to university graduates has decreased substantially, as undergraduate and master’s students accounted for only 30% of approvals in 2021.

A driving force behind this shift could be the experiential learning that is woven into Canadian college education. Colleges equip students to go out into the workforce and make an immediate impact.

In 2021, the top 10 institutions ranked by PGWPP acceptances were all colleges.

This shift in study level distribution is an indication that students are looking for more direct pathways to securing post-graduate work. Not only do Canadian colleges offer programs that are shorter and boast lower tuition rates than most universities, but they also offer very high enrollment capacity.

Because of this, international students looking for an efficient, cost-effective education are targeting colleges that can lead them to strong post-graduation employment opportunities, at an increasingly high rate.

As Canadian colleges continue to welcome international students, increasing their already massive international enrollment numbers, expect this snowball effect to continue. It would not be a shock to see college graduates take an even bigger slice of the annual PGWPP pie in years to come.

In 2016, there were just eight institutions across Canada with 1,000 or more graduates who were approved for a PGWP. Just six years later, four times the number of institutions meet the same criteria.

The following racing bar chart tracks the evolution of the top 10 Canadian institutions ranked by PGWP approvals since 2016:

While colleges have consistently held top spots in the PGWP approval rankings, universities used to account for a significant share of the top contributing institutions.

The growth of Northern College (+50,567%), University Canada West (+15,743), and St Clair College (+1,923%) were particularly impressive over this time period. They represented the three fastest-growing institutions in PGWP approvals since 2016.

Here’s the list of fastest-growing institutions by PGWP approvals from 2016 to 2021:

Despite lacking the highest volume of PGWPP approvals, the schools on this list have displayed phenomenal growth over the past six years, particularly Northern College and University Canada West, which have seen an incredible surge in PGWP growth.

ApplyBoard is proud to say that nine of the 10 institutions on this list are ApplyBoard partner schools. We look forward to helping all of our partners continue welcoming students who are keen to become a part of the PGWPP.

Students from all over the world, at all study levels, have made it clear that post-graduate work is a top priority. With an approval rate of over 98% last year, the PGWPP provides students with a plan to address that priority.

What started as a program that was largely pursued by university graduates from the biggest source markets, has blossomed into a streamlined pathway that every type of international student finds value in.

The latest PGWP data gives schools, recruitment partners, and most importantly, students, a reason to be excited. Those who are a part of Canada’s international education ecosystem should note the following takeaways:

1. All statistics courtesy of Immigration, Refugees and Citizenship Canada. More recent data not yet available.

26
SHARES
Share on WhatsappShare on FacebookShare on TwitterShare on Linkedin